Confused about the difference between 'compostable' and 'biodegradable'? What's 'vegan' and what's 'plant-based'? Let us, ahem, break it down for you.

You can’t swing an organic zucchini without hitting something ‘sustainable’ these days. Just about every product, every service, every faceless corporate entity is trumpeting its own eco-credentials. Which is fine. Even faceless corporate entities can be good guys. The trouble is, when companies like Coca-Cola, who still churn out 200,000 plastic bottles every minute, start releasing ads with cartoon ladybugs, it’s hard to know what’s real anymore.

None of this is new, of course. The term ‘greenwashing’ started in the 1980s, when industrial heavyweights like Exxon Valdez and Chevron hired pin-striped PR dudes to turn catastrophic oil slicks into ‘minor incidents’. And that was before labels like ‘compostable’, ‘plant-based’ and ‘carbon offsetting’ started flying around. But what do these technical terms even mean? Do they have to mean anything? Consider this your Eco-Buzzword Cheat Sheet. 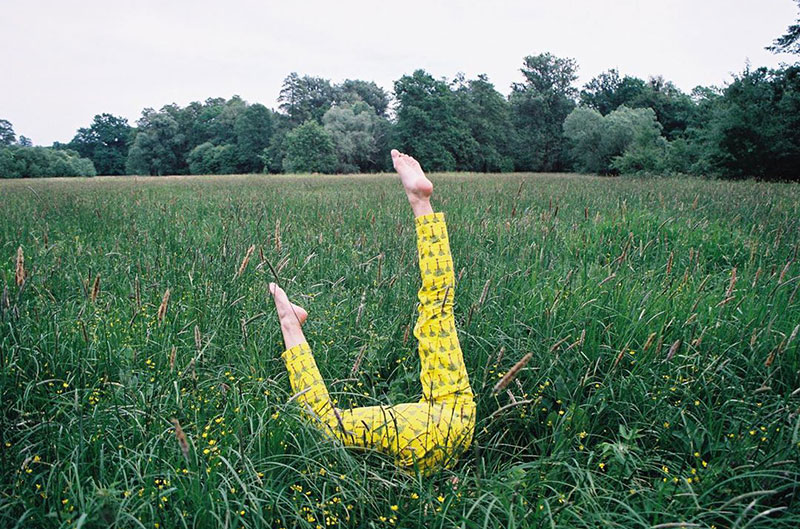 COMPOSTABLE vs BIODEGRADABLE Let's, ahem, break it down for you. In a nutshell, anything ‘biodegradable’ will degrade naturally over time, even in landfill. All it needs is moisture and whatever microbes happen to show up. ‘Compostable’ stuff, on the other hand, needs certain ‘compost-y’ conditions to break down. You can’t just chuck it in a big hole – it needs to go to a dedicated compost facility, or (even better) into your backyard compost bin. Keep an eye on ‘biodegradable’, too. It sounds good in theory, but all it means is that something will break down… eventually. Plastic is technically biodegradable, it just takes zillions of years for nature to do its thing, which sucks.

ZERO-WASTE vs LOW-IMPACT As you might have guessed, ‘zero-waste’ is pretty hardcore. According to Zero Waste International Alliance, it means “eliminating all discharges to land, water or air that are a threat to planetary, human, animal or plant health.” In real life, this is almost impossible, which is why most companies don’t whack ‘zero-waste’ on their products. There’s just no way to guarantee that every atom, every particle, gets re-used and recycled. ‘Low-impact’ is more forgiving. It was coined by zero-waste Youtuber Sustainably Vegan, and basically means building environmental mindfulness into everyday life: ditching plastic, using a metal straw, reducing your carbon footprint and so on.

CARBON-NEUTRAL vs CARBON OFFSETTING Think about it like this: carbon offsetting is the process, and carbon-neutral is the result. This one gets fiddly and complicated, and there’s a whole school of thought that says it doesn’t even work, but here are the CliffsNotes. Carbon offset schemes allow people to invest in environmental projects around the world to balance out their carbon footprint. Usually this means planting trees, but lots of carbon offset projects have switched to clean energy initiatives, like capturing methane gas from landfill. 'Carbon-neutral' is the theoretical rob-Peter-to-pay-Paul scenario: you use carbon over here, and you save it over there, making your flight or your product ‘carbon-neutral’.

ORGANIC vs NATURAL In purely legal terms, ‘natural’ doesn’t have to mean anything. Gummy bears can be natural. Petroleum is natural. ‘Natural’ is the corporate equivalent of someone who smiles because they want something from you. Some ‘natural’ products will be tip-top, of course, but they don’t have to be. ‘Organic’, on the other hand, is legit. If you’re making something in Australia and you want to call it organic, it needs to be free from man-made fertilisers, pesticides, growth regulators or additives. And most importantly, it has to be certified and meet the official AS 6000 standard. Apart from a few bad apples, you can trust ‘organic’ – but approach ‘natural’ with a healthy level of cynicism.

VEGAN vs PLANT-BASED Vegan means not eating meat or animal products. Full stop. No fish and no take-backsies. Technically, there’s no such thing as ‘a little bit vegan’. You’re either vegan or you’re not. (Of course, you can call yourself whatever you want, it’s no skin off our nose, we’re just saying how things are.) Veganism dates back to 1944, but ‘plant-based’ is a much more modern term, and it’s less prescriptive. It means eating plants the vast majority of the time, but not necessarily all of the time. It also doesn’t lug around vegan’s ethical baggage. Plant-based is more about shrinking your impact and staying healthy, rather than moral abstinence.

SUSTAINABLE vs ECO-FRIENDLY In 1987, the UN defined ‘sustainability’ as “meeting the needs of the present without compromising the ability of future generations to meet their own needs”, which goes to show we’ve been cocking things up for a very long time. Sustainability is all about the future. It means the product or service makes things better now, and doesn’t make things worse tomorrow. ‘Eco-friendly’ sounds fancy, but it’s got a much lower threshold. It refers to anything that doesn’t out-and-out hurt the planet. That’s pretty much it. Eco-friendly means not being a dick, but it doesn’t necessarily mean being a hero. It’s sort of the minimal standard we should all be aiming for.

RECYCLABLE vs RENEWABLE Renewable means anything that naturally replenishes itself over time, without humans having to do anything. The sun is renewable (at least for the next five billion years or so). Wind is renewable. Your yoghurt container is not renewable. ‘Recyclable’ (apart from being a game-winner in Scrabble) means something that can be used over and over again – but here’s the important bit – after it’s gone through some sort of process. This is why we have to sort our glass and cardboard into different bins. Recycling usually takes effort. Although not all the time: water can be recycled (through sewerage plants, for example), but it’s also a renewable resource (hello, hydroelectricity).

how to live a more environmentally conscious life