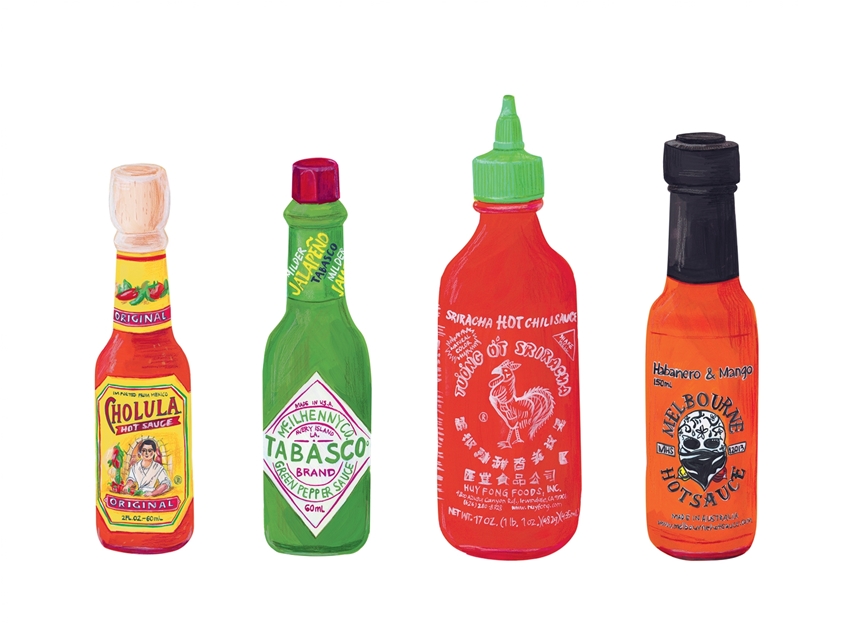 By Caro Cooper and Eleanor Robertson

The spice is right. 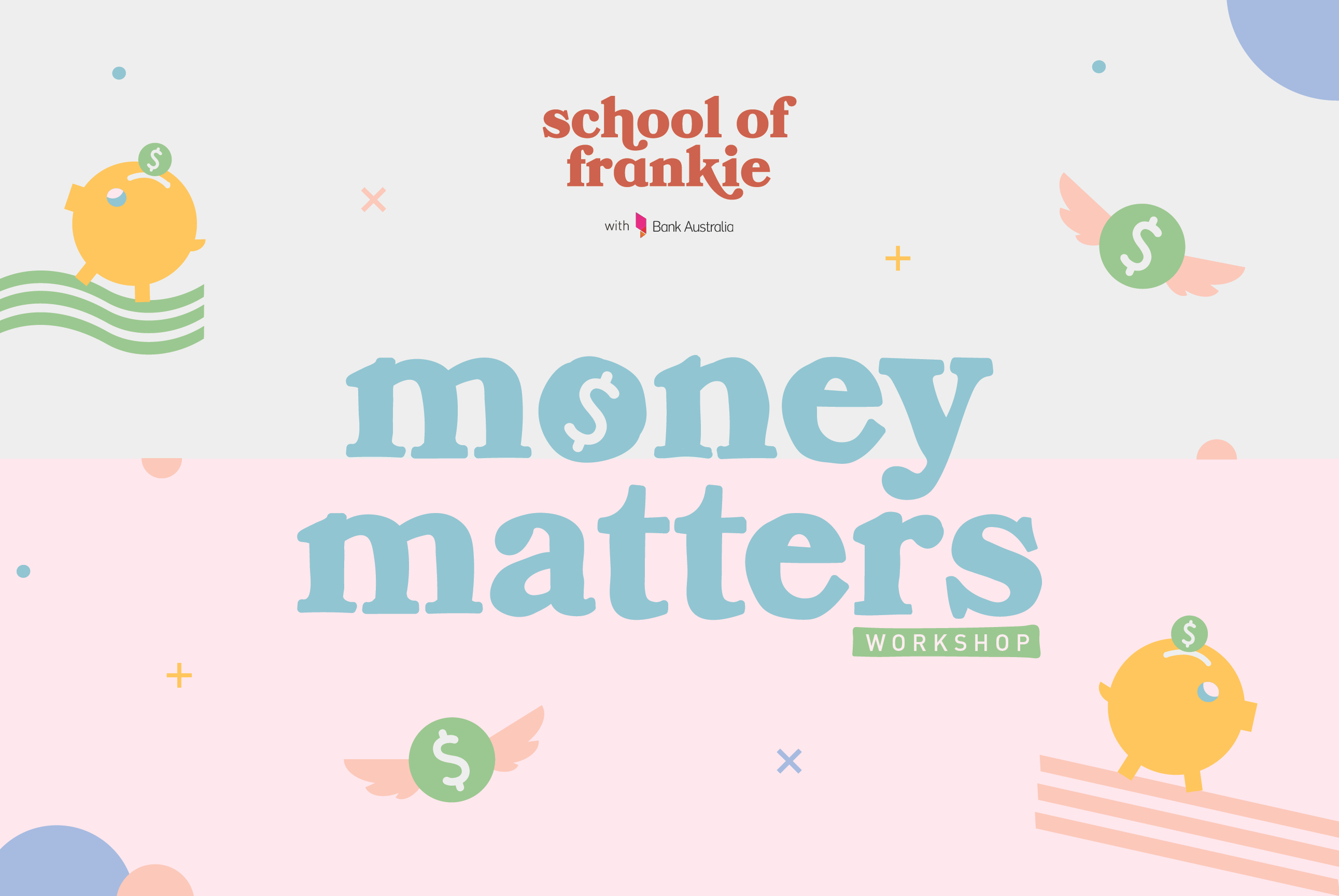 CHOLULA HOT SAUCE As I write this, I’ve had my bottle of Cholula for about four days, and it’s almost all gone. It’s a very low heat sauce, but it has such a delicious and complex flavour that I’ve been putting it on everything. I even had it on a ham salad sandwich the other day, which turns out to be the best idea I’ve had in the kitchen since I discovered foil-wrapped roasted beetroot (ohmygod). They should advertise this stuff by giving bottles of it to cute baby actors and having them drink it down like formula. The children would probably have to be paid hazard loadings because of the salt content, but in this era of unstable work, I’m sure they’d find a willing tot. Until then, I’d prop it up on a scallop shell like Botticelli’s Venus and bathe it in a soft golden glow. ER

TABASCO GREEN PEPPER SAUCE Green Tabasco is a great entry-level hot sauce for anyone who’s been traumatised by touching an ornamental chilli plant in 1997, then rubbing it in their eyes, leading to hours of painful and humiliating milk eye baths. I won’t leave you in suspense: I was that young capsaicin casualty, and green Tabasco was one of the first hot sauces I tried after deciding I was ready to overcome that horror. Its low heat, nice vinegar hit, and pleasingly tangy jalapeño dimension is a good replacement for whatever other horrible shit you currently put on your scrambled eggs. Or you could shake it into a Bloody Mary made with spicy V8 juice and ascend to a higher plane of brunchdom. Or you could scrub the label off the cute little green glass bottle and use it to hold a single gardenia on your windowsill. ER

SRIRACHA HOT CHILI SAUCE Like every other tight-jean-wearing urbanite who’s chosen love over money, I’ve eaten a lot of cheap Vietnamese food in my time. Sometimes good, sometimes just cheap. But even when it was essentially MSG-flavoured water, there was always that bright red bottle of Sriracha standing tall on the table, ready to save the meal. This sauce tastes of my youth and so I will always love it, just like I’ll always love the plasticky smell of My Little Pony dolls. Sriracha has become a bit of an icon in Australia, and with its solid kick, strong flavour and low price, it deserves it. There’s no denying, though, that it’s the Heinz Ketchup of hot sauces – we should never be ashamed of our love for it, but it’s good to branch out and try new things, too. CC

MELBOURNE HOT SAUCE HABANERO & MANGO I first came across this brand in a craft beer store in Melbourne. I walked in to buy a bottle of beer for myself – yes, a single bottle – and walked out with a bottle of hot sauce for my brother. My brother will become a chilli farmer when he retires; his love for chilli sauce is as intense as a Carolina Reaper. As kids who grew up in Queensland, we also have a love of mangoes. This sauce is his dream come true, and if Harrison Ford circa 1985 was putting it on my dinner, it would be my dream come true, too. For those who aren’t a fan of the world’s sloppiest fruit, don’t let it put you off – it doesn’t taste like mango, it just has a summery kick. It’s also great for people paranoid about having thin lips – it’s so spicy that you’ll be sporting a swollen pout in no time. CC

You can read all our reviews of face-melting hot sauces in issue 82 of frankie. Find your nearest stockist over here, or subscribe from $10.50. 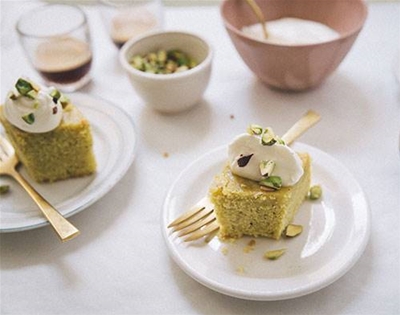 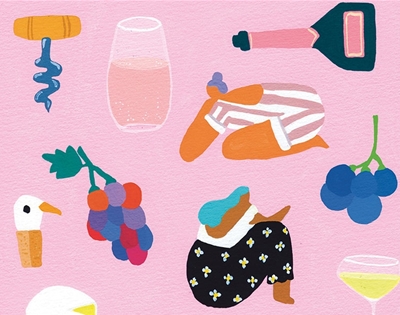 a simple guide to becoming a wine snob 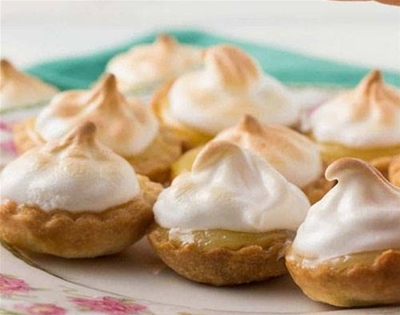 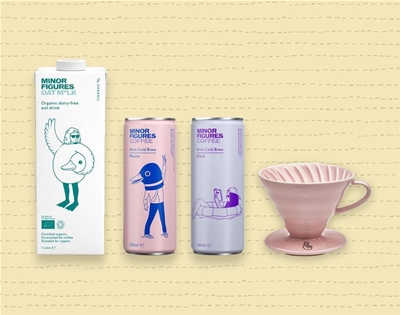 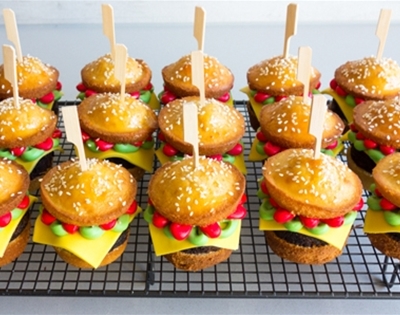