how to boost your creativity (according to science)

Got a case of writer's block? Hit a brick wall? It's time to shake things up with some tried-and-tested exercises for sparking creativity.

Got a case of writer's block? Hit the creative brick wall? Stared at the ceiling for 20 mins straight? It's time to break out of your rut with some tried-and-tested exercises for sparking creativity. 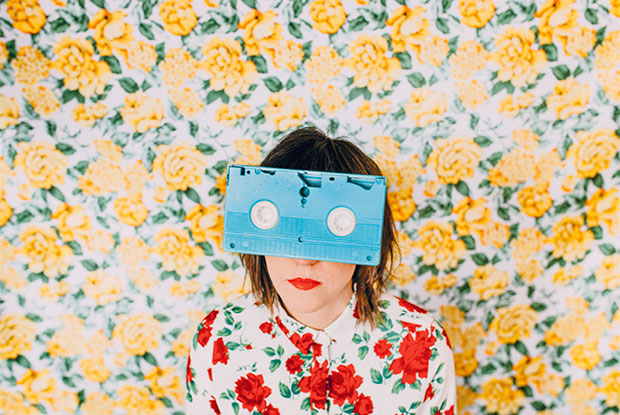 LOOK AT SOMETHING BLUE The University of British Columbia recently tracked 600 people’s performances while undertaking cognitive tasks. Some of the tasks required attention to detail; others required creativity. When the computer screen was red, the participants nailed the detailed jobs. When it was blue, their creativity soared. The reason? We’re culturally wired to associate red with vigilance (well, all those stop signs will have an effect), and blue with openness (because, you know, the sky and the sea). Interestingly, Juliet Zhu, who ran the research in question, said that results would have differed if they’d studied folks in her native China – there, red is associated with prosperity and good fortune.

GET SOME DISTANCE Perspective can make all the difference, as we all know from those instances when we’ve ordered a sausage roll and raged out when we discovered they forgot to put sauce in with it, then threatened to kill everyone and later realised it’s not really worth mass slaughter. So, too, can a little psychological distance help you with a creative project. Studies have found that when folks are told about a fictional problem that’s taken place further away from them – be it geographically or far off in time – they’re able to generate way more ideas and logical solutions. Therefore, imagining a faraway place – or, better yet, actually going to one – might just be your ticket to genius.

MAKE SHIT UP When a jazz musician improvises, their dorsolateral prefrontal cortex (i.e. that bit of the brain that monitors their performance) puts its feet up and settles in for a nice cup of tea. Which is to say, it shuts the frig up. This is how and why musos get into that free-flowing zone – they’re no longer inhibited by some vicious inner-critic that sounds suspiciously like Joe Pesci (no, wait, that’s just me). For the record, scientists have observed the same pattern of brain activity in freestyle rappers, cartoonists and illustrators while they’re doing their thing, so stream-of-consciousness writing or a hearty brain dump could be pretty handy indeed. Another fun fact: when you’re improvising, your brain ramps up its sensorimotor processing, so all your senses become heightened. Groovy, eh?

CUT OFF DISTRACTIONS Neuroscientists believe that ‘eureka moments’ – which are, in effect, explosions of gamma waves occur primarily when the brain is super-relaxed and flooded with alpha waves. To bring on this constructive surge, you’ve got to take a break. Close your eyes to dial back the visual information. Or, you could do what Jonathan Franzen did while writing his best-selling novel The Corrections: wear earplugs, earmuffs and a blindfold. (Hey, it worked.) That said, researchers have also found that moderate ambient noise can help us to process abstract ideas. But only moderate levels of noise – don’t go to a Slayer concert and expect to dash off an award-winning screenplay while they’re playing “Angel of Death”.

CLENCH YOUR LEFT FIST Yes, it sounds like complete bullshit – but multiple studies have shown that squeezing a ball in your left hand will activate the right hemisphere of the brain, which is great if you want to enhance your memory, and as a result, your creative juices. (After all, when you’re being creative, you’re connecting ideas in new and unusual ways, aren’t you?) Forming a fist is also handy when you want to punch a nearby surface in frustration, should this or any of these other tips fail you at a critical juncture – say, right before a deadline. Just be sure not to punch too hard, as insurers won’t issue claims for furniture broken because your creative ideas blow.

These experimental tips were originally published in frankie 78.