We caught up with Stephanie ‘Hex’ Bendixsen and picked her brain about the fast-moving (and at times challenging) world of gaming.

If you grew up watching our beloved national broadcaster, the ABC, then you might recognise Stephanie Bendixsen. Perhaps better known by her gamer tag, ‘Hex’, Stephanie was one half of the dynamic duo that presented the video game review show Good Game and its younger sibling, Good Game: Spawn Point (long live ABC3!). Now, you can find Hex online, where she streams video games and hosts the video game variety show Back Pocket. She recently sat down for a chinwag with us about navigating the male-dominated gaming industry, finding a diverse and passionate community, and why we need more games made by women. 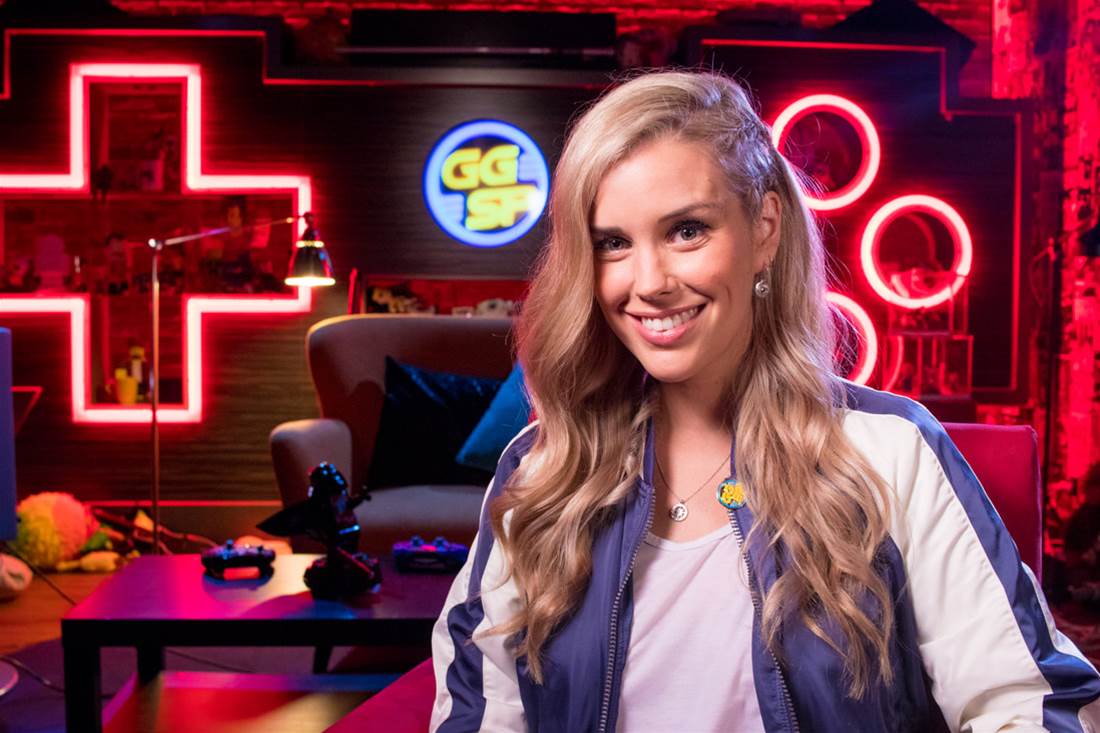 Tell us a bit about your career journey. I’ve been working in games media for over 10 years, and it’s been incredible to see how much things have changed in that time. I shifted from television to live-streaming when I saw the industry and audience shifting, and I've almost had to relearn everything from scratch. I had to shed a lot of the old TV presenter-style of working, and not just from a production standpoint – modern audiences prefer content that's more candid, less produced, and unscripted. They want to know you as a person, not a performer, and that can be a little unnerving at first. You really have to lay yourself bare, and let people into your home and your life. In turn, you get a very open and authentic relationship with the community.

What are some of the challenges that women face in the gaming industry? Live-streaming services have created a really great platform for women to own their own space and unashamedly share what they love. But, the development and competitive esports areas of the industry are still very male-dominated. It can be hard for women to get the same opportunities as men and to be taken seriously when there’s still a perception that gaming is something only men enjoy or are good at. More women making games means more women informing the content, which means we get layered, relatable, strong female characters that young women want to identify with and look up to. Then, more women play games as a result. It’s a shift that can only be encouraged with the active acknowledgement that women should be involved at every stage of the process – just as much as men.

How have you navigated these challenges? I’ve been in spaces where I’ve been talked down to or ignored, and I’ve dealt with the horrors that come with being a female with a profile and an audience mostly made up of men. But I’ve also received so many letters and drawings from young girls telling me how cool it is to see a woman talking about video games and how it allowed them to feel validated in sharing their own passion.

I had the wonderful opportunity through my first job – hosting Good Game – to build an incredible community. When we visited conventions and events we’d meet all kinds of gamers, and I saw how diverse and interesting gamers are. Mainstream media often focuses on the smaller, louder percentage of gamers and the kinds of games they play. In reality, video games can involve complex narratives, and they’re social, emotional, exciting, challenging and constantly changing. Best of all – they’re for everyone.

What does a day in your life look like? Sometimes I’m shooting Back Pocket or photographing a new tech product. I often speak at conventions or work on content for a new game release, and I try to live-stream a few times a week (usually in the evenings). I certainly get to try a variety of things! Recently I found myself in a car with a stunt driver as part of mycar Tyre & Auto’s Streamer Meets Driver project. We completed a series of driving challenges on a racetrack that was set up just like a game, but IRL, with new and worn tyres (we destroyed a few cakes and faux walls around the track in the process when using worn tyres!).

How do you separate work from pleasure? Um… I don’t. It’s so hard! Sometimes I nail it and other times it’s impossible to do. I will sometimes go weeks without being able to play just for ‘me’. I think anyone with a creative job will say the same. Just because it’s fun and you love it doesn’t mean it’s not hard work, and it doesn’t mean you want to be in it ALL the time. I try to fill my life with a lot of nature and hiking to offset the screens and carve out social moments to game with friends when I can. I hike a lot and I’m a yoga fiend. The perception that gamers are shut-ins or lazy isn’t really fair.

What advice can you give to young women who are pursuing a career in a male-dominated industry? Know and understand that your voice is important – without more women fighting for their place, nothing will change. For example, Lara Croft was completely rebooted and redesigned because publishers saw there was a shift in what players were looking for. They gave her a realistically proportioned body (and some pants!) and hired a woman to write her story. The Tomb Raider series has gone on to see renewed and brilliant success with a much broader player base.

Are there any inclusive groups or events that women gamers should join? Find female-led gaming communities on a platform that appeals to you. There are great online spaces for people to connect and share what they love. Supporting games made by women or featuring female stories is also a great way to connect with other women in the gaming space.

What are your top three all-time favourite games?
1. The Witcher 3 – an open-world fantasy RPG. It’s beautiful, with great action and wonderful storytelling.
2. Destiny 2 – a shared-world sci-fi shooter. I play this a lot with my friends. It’s full of expansive sci-fi worlds to explore and fun challenges to take on as a team.
3. The Last of Us Part II – a harrowing, cinematic action game with one of the most gut-wrenching stories (and actor performances) I’ve ever seen in a video game.