The nice people at Specialized let us try their brand-spanking new Turbo Vado e-bike. Here’s what our editor thought after whizzing around on it for a month.

Anyone who knows me is used to me showing up with a thin layer of sweat on my forehead. I will often greet a friend at our designated meeting place while sucking in big gulps of air – “Sorry, just catching my breath,” I’ll say, as I gesture towards my chained-up bike. In the summertime, I relay the same apology while self-consciously wiping sweat from my beet-red face.

You might think that I’m overexerting myself. You’re wrong. Anyone who cycles as their main form of transport knows that getting from point A to B involves a healthy amount of perspiration and determination. I am an elite athlete. I will conquer this hill. I will not be bullied on these roads! (This is how you psych yourself up when sharing space with trucks and Lycra-clad male cyclists.)

Nevertheless, when Specialized offered to loan me an e-bike for a month, I was intrigued. I’d never hopped on one before, or even considered it in my seven years of cycling, though I’d seen enough delivery drivers zipping around the CBD to know these things can go fast.

The Specialized Turbo Vado that turned up at my house was a shiny, top-of-the-range model promising comfort, style and unparalleled zoom-zoom power (my words, not theirs). Lucky for me, it also arrived with a paneer rack and sturdy saddle bag, as well as a nice Specialized rep who gave me a run-through of its functions. There are three modes you can switch between: eco, sport and turbo (eco using the least battery power and turbo using the most). There’s also an in-built light at both front and rear, and the small screen between the handlebars displays metrics like battery life, speed and distance travelled. 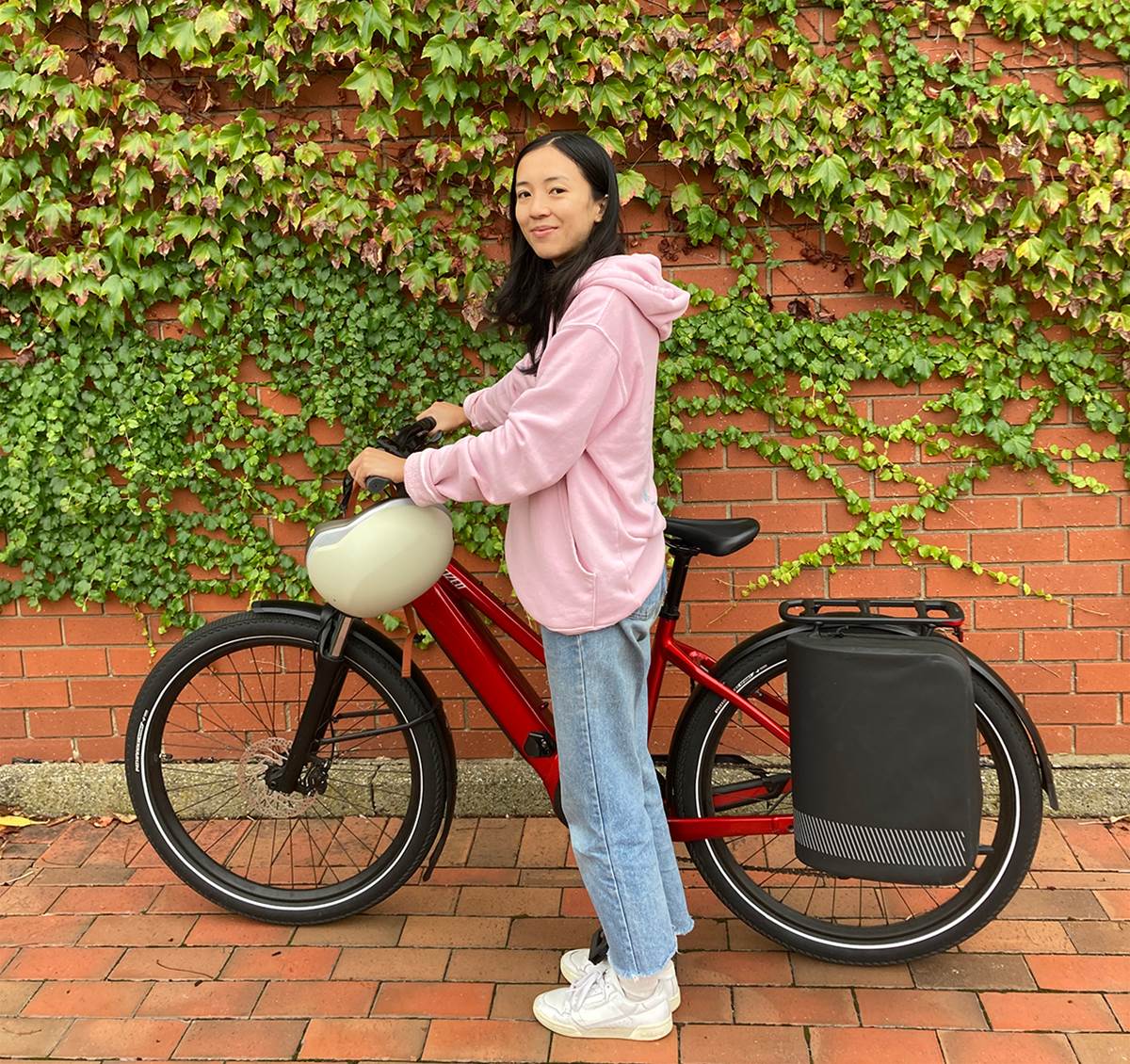 My main criteria for the ensuing road test were simple: would the bike help me defeat my arch-nemesis, the steep hills of North Melbourne? And could I arrive somewhere significantly less sweaty than usual?

My first ride was to work, a 10km cycle from home that usually takes 35 minutes. I was carrying a particularly heavy load that day: a dictionary-size folder, my laptop, lunch and a small gift box. I was pleasantly surprised that everything fit tidily into the saddle bag, and was thankful that I wouldn’t have to carry the weight on my back, looking like a ninja turtle (my usual routine).

If you’ve never ridden an e-bike before, here’s the gist: it’s exactly the same as riding a push bike, except with added oomph. You still have to pedal to go (not just press a button, which, for some reason, my brain thought was the case), but the motor kicks in instantly to do most of the heavy lifting. It felt jolty leaping into motion at first, but I quickly got used to the force of the motor. The Turvo Vado itself is also heavier than my normal push bike, though this isn’t noticeable at all once you’re up and running (I also found that its fat tyres were super-stable over tram tracks and other bumpy bits on the road). Riding it was like taking one step but travelling the distance of four. I wasn’t used to going so far with such little effort. I glided past cars stuck in traffic and other cyclists on the bike path, arriving at work five minutes early – with nary a bead of sweat on my body. So far, so good.

On the next ride, I felt confident enough to switch from eco mode, which requires the most manual pedalling power of all three modes (it’s good if you feel like a bit of a workout), to sport mode, which backs you up with more motor power and is decidedly zippier. Australian law caps e-bikes at 25km an hour, a speed you can easily reach on sport mode after a downhill run. When I hit 25km, the motor dropped out and I was back to pedalling manually, which, granted, incited a minor case of road rage in me, but I get it – safety first, abide by the law etc.

When I faced my mortal enemy – the long hill from the bottom of Arden Street to the top of Courtney Street – sport mode backed me up the entire way. Not once did I revert to stand-up pedalling or walking my bike up a gnarly stretch. Not once did I stop at a traffic light, huffing and trying not to keel over. I didn’t even feel the strong head wind that day (my other mortal enemy). Oh yeah, and I rocked up five minutes early to my meeting yet again.

The rest of my month with the e-bike zoomed by. I only tried turbo mode once, but decided its neck-breaking acceleration was not for me (though it does come in handy for the steepest inclines). I got used to how relaxing my rides had become – a perk for someone who’d just recovered from COVID and was easing herself back into exercise. And with less effort required, it felt possible to travel longer distances. Sure, I had mild heart palpitations about leaving a nearly $10k bike locked up in the city, but I had to remind myself that my U-lock was backed up with a digital lock, which meant no one could turn the bike on without my pin.

So did the e-bike pass the all-important hill and sweat test? Yes, and yes – with flying colours, in fact. The price may be steep, but if you’re someone who lives inner-cityish, I could easily see this bike replacing a car. Plus, there’s the whole minimal environmental footprint, rush of endorphins and ‘always beating peak-hour traffic’ thing. I’ve always wished for our cities to prioritise cycling in the way that a place like Amsterdam does. If e-bikes make commuting on two wheels feel more doable, I’m totally here for that.