rant: no news is good news

“I always feel like I run the risk of seeming ‘uninformed’ by avoiding the news – but what am I really avoiding? The vast majority of the time: bullshit.”

Some undiluted feelings from frankie issue 83, on sale now. 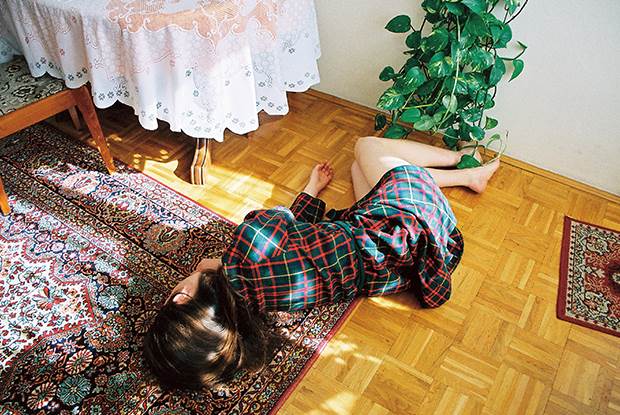 I was talking to a fellow music radio broadcaster the other day. She said she’d been planning to do an all-African show, but had to reconsider because of “the whole Sudanese gangs thing”. “What’s the Sudanese gangs thing?” I asked. Upon uttering my words, I realised it was clearly a big deal (‘gangs’ generally are), so rushed to explain, “I don’t watch the news.” This was an understatement. In fact, I avoid the news for months at a time. It’s easy when you don’t watch TV or install social media apps. I find out about ‘the news’ in conversations like this, where the other person is forced to explain the situation to me.

From what I gathered, the “Sudanese gangs thing” involved some kids – who happened to be Sudanese – doing some bad stuff. Certain people in the media then painted the entire Sudanese community as ‘bad’. “So, some kids did some bad stuff,” I said, “and now the media are using it as an excuse to be racist?” My new friend confirmed that was basically the situation. ‘The news’, in this case, was something the media had created: racism, hatred, fear.

I always feel like I run the risk of seeming ‘uninformed’ by avoiding the news – but what am I really avoiding? The vast majority of the time: bullshit. In order to access the facts, one has to wade through monstrous opinions, sickening bias and, sometimes, fully invented crap. If my knowledge of logical fallacies serves, then the Sudanese situation is an obvious case of dicto simpliciter. Here’s how that works: I’m half Italian; I drink six shots of coffee a day; therefore all half-Italian people drink six shots of coffee a day. Is that true? Obviously not. ‘Dicto simpliciter’ is basically a fancy term for sweeping generalisation.

So, if I’m able to dissect ‘the news’ in this way, then why not read it with a forensic attitude in mind and attempt to extract the facts? Well, I would, only ‘the news’ is almost always depressing. I remember flicking through a paper at a café one morning while waiting to see the doctor. I pointed at every news story and reduced it to one word. The words were: death, war, abuse, illness, destruction, corruption, crime, etc. If horror is the norm, then aren’t acts of human compassion ‘news’? Sometimes they are. But those stories don’t occupy the main space of the news. In mainstream media, those stories seem to function as buffers for the ‘real stories’.

On a date with a former journalist for a national news broadcaster, I learnt that at one point, some director there had wanted them to tell more positive stories. “We need to tell the bad stories, so we can bring them into the open and do something about them!” my date yelled. His view seems sound, even if his choice of hats wasn’t. It would be great if we all heard about the “bad stories” and were stirred to make the world a better place – for you and for me and the entire human race. But when I only hear about things, real or imagined, that are intended to enrage or terrify me, I will just switch off. I can’t be enraged and terrified all the time.

This is not apathy on my part – it’s self-preservation. I only have so much energy to give the world. I can’t afford to drain it. No doubt, I will return to consuming more ‘news’ at some point, but at present, I’ll continue to receive it through individuals. That doesn’t mean it will be any more real or even relevant to me, but at least I’ll be able to (hopefully) have a conversation about it, as opposed to having hundreds of headlines accompanied by the commentary of hundreds of anonymous vitriol-spewers dumped on me like garbage at a tip. (Tom Piotrowski is quite charming, however.)

This story comes from frankie issue 83. Nab a copy over here, or subscribe from $10.50.