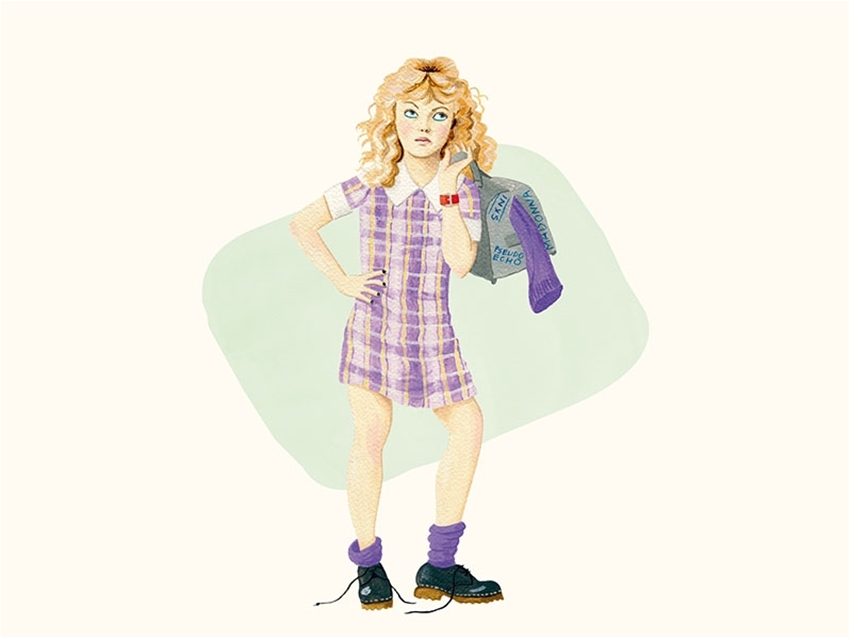 Canes, sour milk and a giraffe named Healthy Harold: a handy history of Australian schooling in the 20th century.

Canes, sour milk and a giraffe named Healthy Harold: read on for a a handy history of Australian schooling in the 20th century. 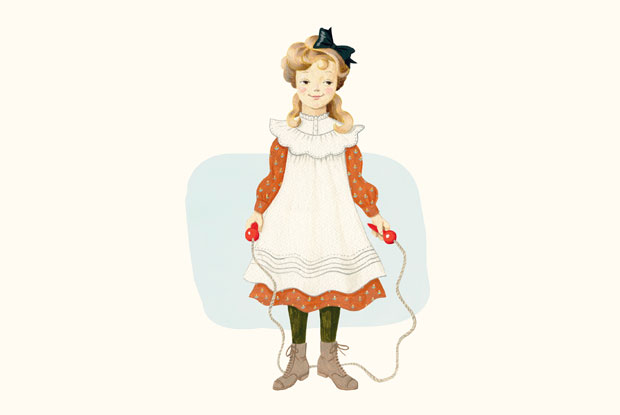 THOSE WERE THE DAYS The turn of the 20th century was an exciting time for folks who called Australia home: the country was officially founded, with Federation in 1901; ladies finally earned the right to vote and stand for parliament; and focus was turned to making Australia a harmonious and prosperous place to be. That is, if you were white and affluent – with most settlers sailing straight in from the British Empire, existing Indigenous and ethnic groups suffered under the so-called White Australia policy.

SCHOOL LIFE Aussie students in the 1900s lived a fairly meagre existence. Many went to school barefoot, in an unfussy tunic-style frock or sailor suit. Their textbooks tended to be hand-me-downs, and it was common for a community to have just one teacher (males need not apply), taking multiple grade levels in a single-room schoolhouse. There was no talking back in the classroom, unless you fancied a swift cane across the rump. Strict rules governed how children were to enter the room, bow to their teacher, sit at their desks, hold their pens, and generally behave at any particular point in the day. Disobedience was met with a smack (or three), and noted down in a record book that was monitored by a school inspector. Though knuckles and backsides continued to be rapped, in 1908, laws were mercifully set up to ban “unnecessarily severe modes of punishment”. 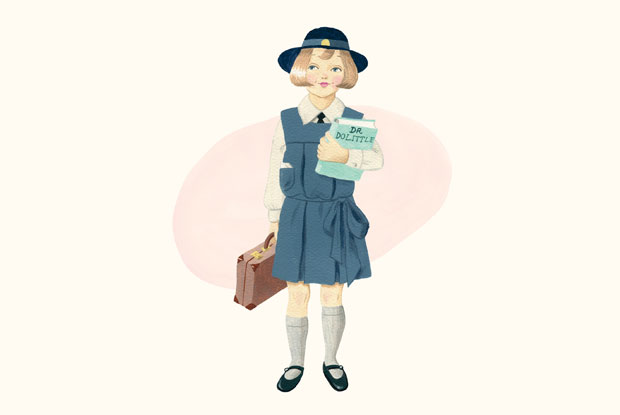 SCHOOL LIFE There was no excuse for being late to school in the 1920s – not only could your parents get you there in a jiffy by car, you no longer had to make a choice each morning on what to wear. After the war, most schools began to introduce a more formal school uniform: a blazer, starched dress or shorts, and chic hat included. Classes ran five days a week for six hours each day, in buildings that were now larger, lighter and better equipped. Also during this decade, the first special classes were provided for handicapped kids.

IN THE CURRICULUM These years marked the beginning of the progressive education era: while kids worked their way through the standard academic curriculum – reading, writing, arithmetic, etc. – there was more emphasis placed on producing a well-rounded student. Classes like P.E., science, ‘technical drawing’ and home economics gained importance, with the idea of preparing Aussie young’uns for the outside world. The way the government saw it, industrial jobs were on the cards for boys; maintaining a household – or ‘domestic science’ – for the girls. 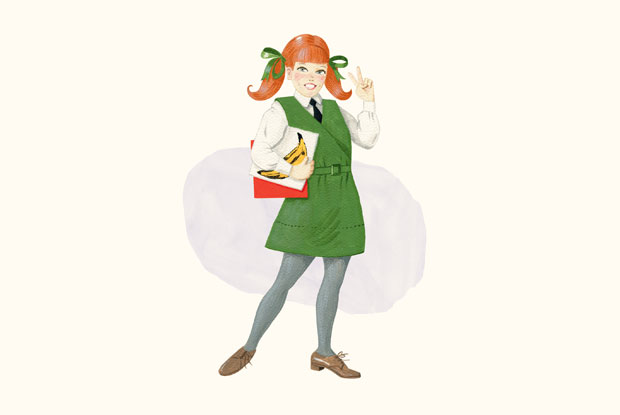 THOSE WERE THE DAYS Free from the constraints of depression and war, the 1960s was the decade of the baby boomers. Bountiful in size and confidence, this group was the most well-off of any generation to date, and they did their darndest to make an impact on the Australian – and international – cultural landscape. Conscription, equality for women, a loosening of restrictive morals, and a free, accessible education system were all fodder for large-scale protests and public demonstrations.

SCHOOL LIFE Class sizes in the ’60s were relatively large – often with 40-odd children at once – thanks in part to the post-war baby boom, but also mass immigration, and a collective upswing in educational goals. People were wealthier, more comfortable, and so they set the bar high for their offspring (even so, it was still a minority that made it through to high school’s final years). If you were aged 13 and under in the Swinging Sixties, you would have also benefitted (or participated under sufferance) in Australia’s free milk scheme. An idea lifted straight from Depression-era Britain, students were delivered a small bottle of the calcium-filled drink each day, complete with handy drinking straw. The reasons were twofold: milk was a great source of nutrition for growing kids, and local production had reached a historic high. What hadn’t been taken into account, however, was the difference in climate between Australia and Britain. With no refrigeration on school grounds, hot days resulted in a sour, sludgy snack. 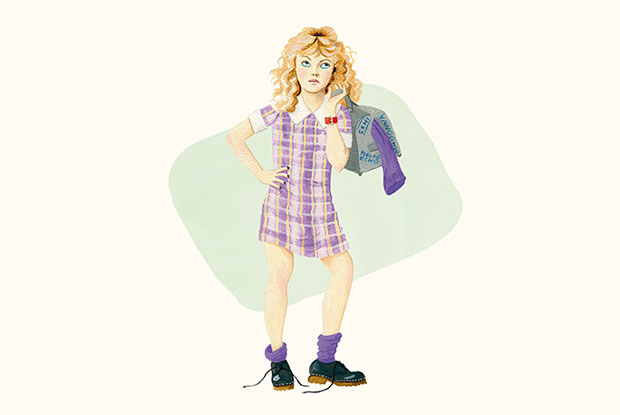 THOSE WERE THE DAYS As if emerging from years of awkward countrywide puberty, Australia began to blossom in the 1980s. The economy was booming, multiculturalism increased, and we hit the world stage with homegrown bands, sportspeople, TV shows and movies (Crocodile Dundee, Midnight Oil and Neighbours among them). Ladies had a newfound freedom, too, thanks to changing attitudes and greater access to the contraceptive pill. Compared to the past, they were jumping into tertiary education feet-first, putting off marriage and children to enter the workforce.

SCHOOL LIFE By this point, the idea that students should be seen but not heard was essentially defunct. The relationship between pupils and teachers had started to evolve – roles were more relaxed, and a little back-and-forth in class was encouraged. Also loosened up was the uniform, which finally began to reflect Australia’s steamy climate. On screen, characters like Kylie Mole and Charlene Robinson – aka the other Kylie – donned the typical chequered dresses and laidback shirt-skirt combo.

Once-taboo subjects like sexual education were now in the textbooks (ooh, aah!), and an increase in migrants influenced cultural learning, as well. Religious studies expanded to include faiths beyond Catholicism and Christianity; Asian languages entered the curriculum; and there was an ever-so-slight shift away from Australia’s conservative British influence. This was particularly evident when “God Save the Queen” was ditched in school assemblies for the new national anthem, “Advance Australia Fair”.

OTHER STUFF A wholesome giraffe named Healthy Harold entered Aussie children’s lives at about this time. The mascot for the travelling Life Education van, the puppet taught littl’uns to make good life choices through a hole in the wall – cigarettes, junk food, booze and drugs were the main causes for alarm. The dental van was another program brought on to set kids on a healthy path nice and young. For older students, anti-drug programs were enforced, and large schools were appointed with the first student counsellors.