'Indigemoji' was designed to keep the Arrernte language strong.

In October 2018, Joel Liddle had a brainwave that would set him off on a year-long project. As a PhD student researching the Arrernte language of Central Australia, Joel was constantly thinking of ways to use his grandparents’ native tongue on everyday, digital platforms. When he received a text message punctuated by a little yellow face, it clicked. “Why don’t we have emoji in language?” he thought. Joel took his musings to Twitter, not expecting much of a response, but by that afternoon his phone was lighting up.

As it turns out, curator and audio-maker Caddie Brain had been pondering the very same question. She came to Joel with a plan for Indigemoji – a set of Arrernte ‘emoji’ stickers – and invited him to come on board as the project’s language consultant. He agreed – so long as he could involve the two ladies who had taught him Arrernte: his nan, Veronica Dobson Perrurle, co-author of the Arrernte dictionary, and his aunty, artist Kathleen Wallace Kemarre. “I don’t think they knew what emoji were before we started,” Joel laughs. “But they definitely do now.”

There are an estimated 1500 to 2000 speakers of Eastern/Central Arrernte, the dialect spoken in Central Australian communities including Mparntwe (Alice Springs), where Joel and the team live. And while Eastern/Central Arrernte is one of the ‘stronger’ Aboriginal languages, Joel says its uptake has been slowing over the years. “It’s really struggling to be passed down,” he explains. “There are a lot of Arrernte people who don’t speak the language, and only a dozen are still able to read and write in language. To keep it strong, we need to create materials that engage all generations and whet their appetite to learn.”

Emoji seemed the perfect fun and non-threatening entry point to learning Arrernte – but first, the team would have to make them. (Official emoji are tightly controlled by a body in the States, though, so technically the Indigemoji are digital ‘stickers’.) Kathleen, Veronica and Joel got straight to collating a list of important Arrernte words and concepts they wanted to illustrate, including plant and animal species that are no longer around. “We wanted to make sure people don’t forget their names,” Joel says.

Then, in the spirit of collaboration, the team called in some help from the youth of Alice Springs, setting up several weeks of ‘emoji workshops’ down at the region’s public library. They asked kids from all over town to have a go at drawing their list of Arrernte words, or to come up with something else entirely. It was a wild success. By the end of the school holidays, youth workers had helped a total of 960 people contribute their art.

The goal wasn’t just to create emoji, but to get youngsters experimenting with technology (most had never used or drawn on an iPad before) and feeling connected to Arrernte words and pictures unique to Central Australia. Yankunytjatjara woman Emma Stubbs originally dropped into the library for her two children, but ended up as a paid artist on the project. “There was a lot of incorporating the Aboriginal flag onto different shapes and objects,” she recalls. “It was great seeing the creativity flowing through young people, and seeing them sharing the local language.”

The final catalogue of 90 stickers – a mix that includes Arrernte sign language gestures, native flora and fauna, and symbols for land rights – was developed from the initial sketches made in the library workshops. If you jump onto the Indigemoji website, you’ll find early drawings, as well as the Arrernte name of each image and a brief explanation of its significance. Joel stresses that words were just as crucial to the project as the graphics. “The Arrernte spelling system has been around since the early ’80s,” he says. “Elders have expressed their desire to keep people reading and writing in Arrernte, so we really wanted to emphasise the orthography.”

Each Indigemoji is also paired with a sound recording, so that visitors can learn how to pronounce the words. “That really hit home for me,” says Emma, whose son Tarynt contributed his voice to the lyerre-lyerre (fairy wren) emoji. “I just can’t express how important it is for First Nations people to be able to communicate in their own language. Getting my 10-year-old son to voice the language word and then seeing his name on the screen was awesome. It’s a way of decolonising the social media space.”

Despite being specific to Central Australia, Indigemoji has been embraced by folks across the country, clocking up 40,0000 app downloads within its first week of launching late last year. The team will be back to create a second set of emoji stickers soon, but in the meantime, they’re hopeful Indigemoji will encourage both Indigenous and non-Indigenous people to take up Arrernte, one werte (“what’s up?”) at a time. 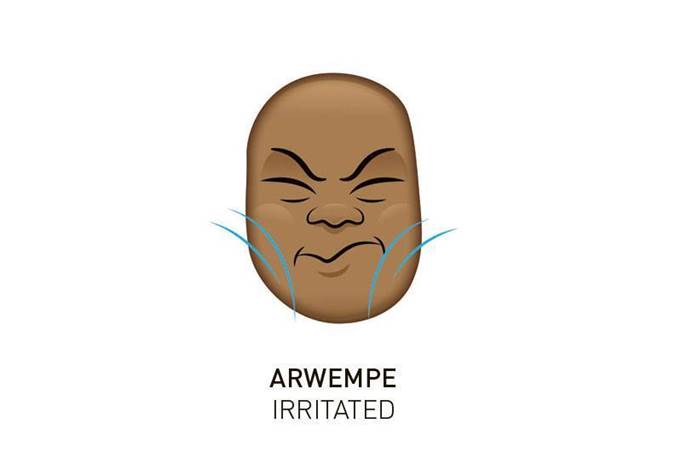 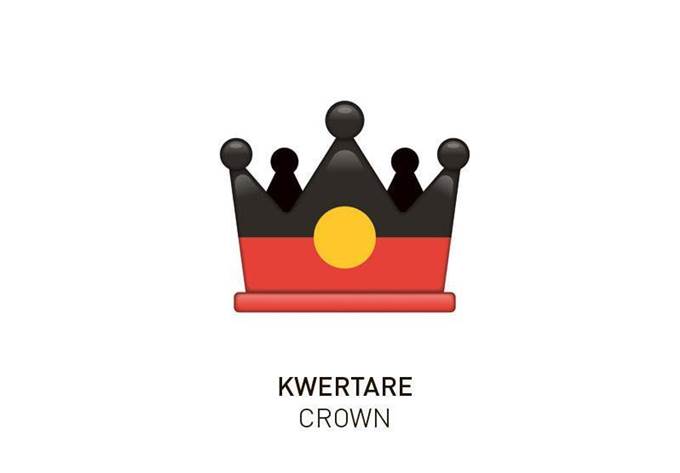 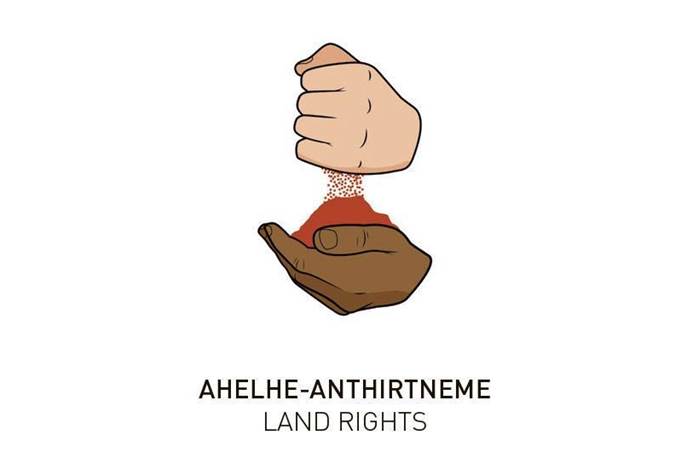 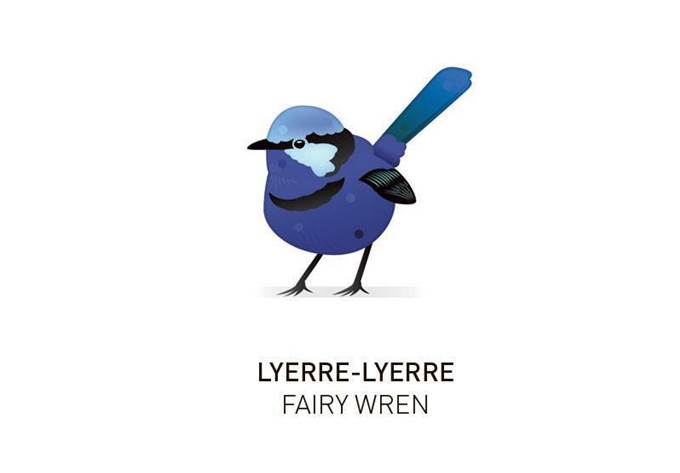 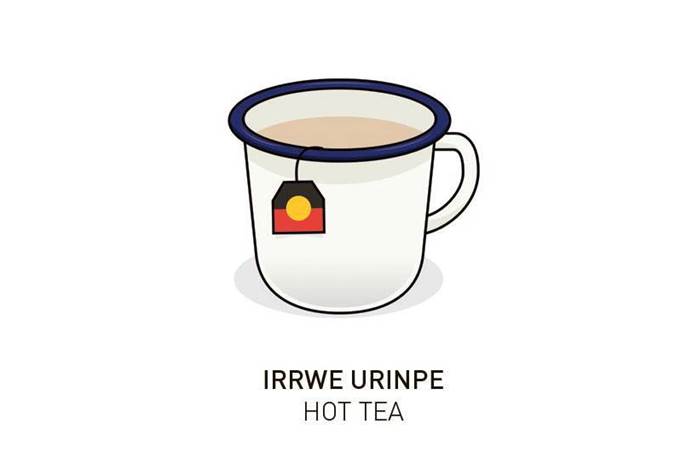 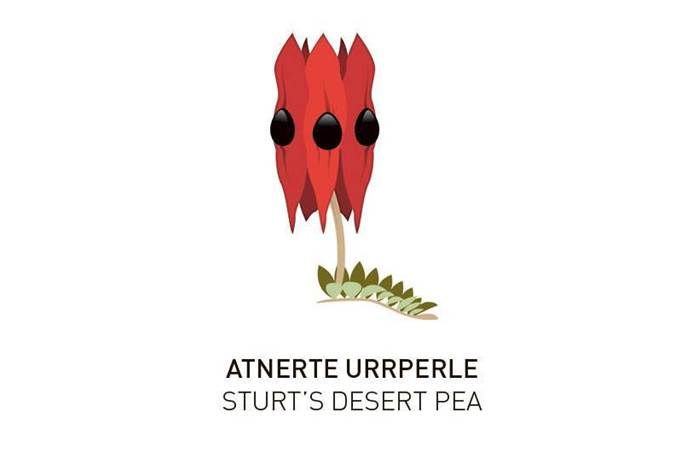 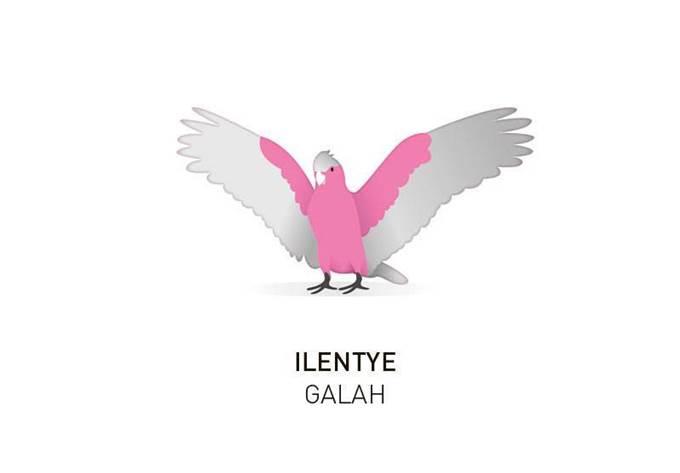 
This story comes straight from the pages of frankie 95. Pick up a copy from our online store, head here to find your closest stockist, or subscribe from $59.50.

want to see your art on a t-shirt? apply for this artist-in-residence program