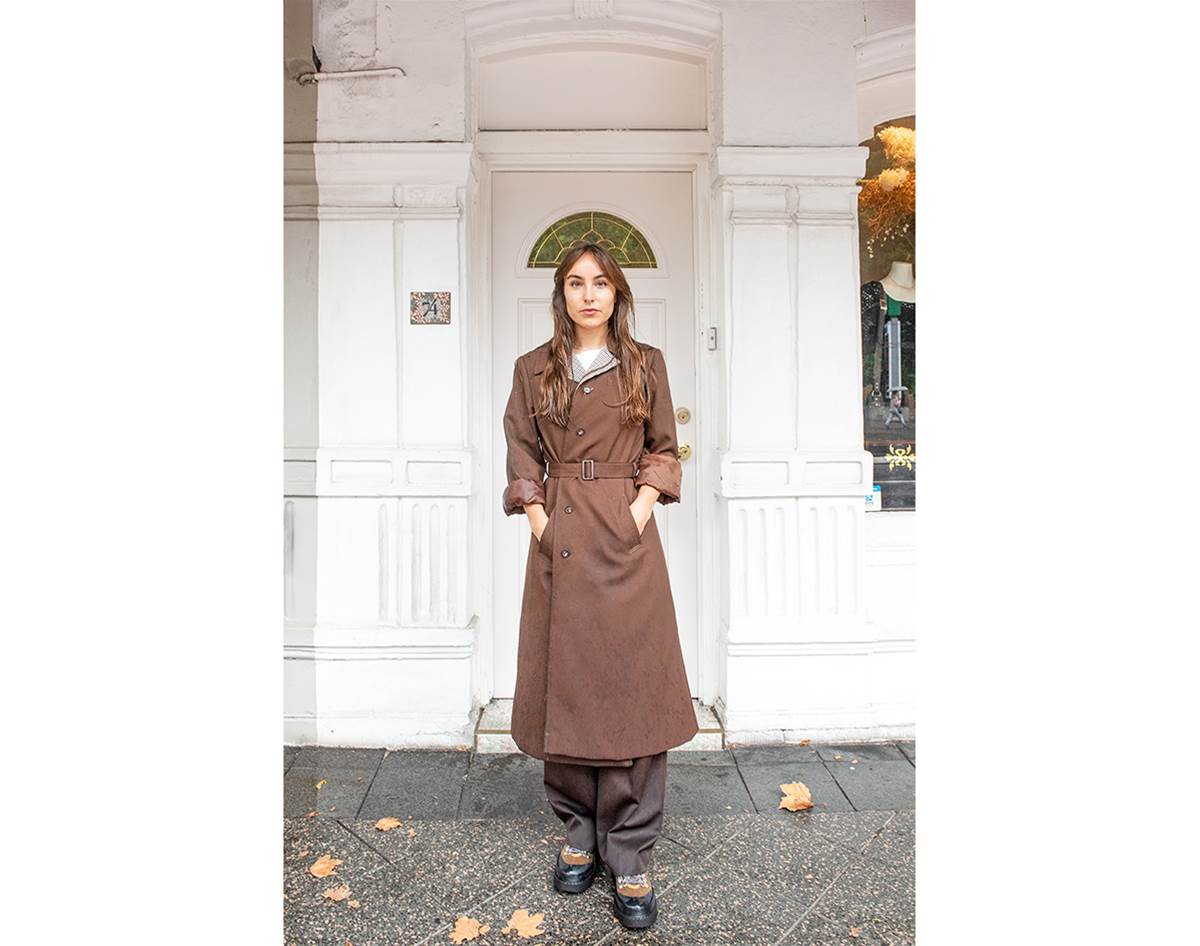 LANA LAUNAY started suffering from endometriosis symptoms when she was 15. “The pain was so bad, I couldn’t stand up,” she recalls. “Sometimes I would even faint.” By the time Lana was 21, she had seen roughly 10 different doctors and specialists and endured multiple tests and ultrasounds which each came back with no clear diagnosis. She knew that something wasn’t right, and that her experience couldn’t just be normal. “It got to a point where it affected every aspect of my life – my work, my study, all relationships, my physical and mental health. I was defeated and depressed.”

Endometriosis is a condition where some cells, similar to those that line the uterus, grow in other parts of the body. People who suffer from endometriosis can experience a range of different symptoms including abdominal or pelvic pain, heavy periods or irregular bleeding, bloating, and anxiety or depression related to the pain. It’s estimated that 1 in 9 Australians assigned female at birth will experience endometriosis by their 40s, resulting in tens of thousands of hospitalisations each year.

Since all of Lana’s tests kept coming back as normal, her concerns were repeatedly dismissed. She was told that she was “sensitive”, “overthinking it” and must “just have really bad periods.” At the time, there wasn’t much information available about endometriosis; few were aware of the condition. Still, even today, it can take several years to get a diagnosis – the estimated average is about seven years. Think about that for a second. Seven whole years. It’s kind of crazy.

“As a young person, you really rely on adults and professionals to provide experienced guidance and to offer reasonable solutions,” Lana says. “You want answers. So for people to imply that my suffering was due to my weakness was infuriating and belittling.”

Lana tried to tackle the pain with elimination diets and contraceptive pills, and while she had moments of relief, nothing seemed to actually cure her symptoms. Her mum was her biggest source of support during her journey. “She heard me and saw me and she knew it wasn’t normal. I was young and had accepted that maybe I was just ‘sensitive’, but my mum didn’t.” It was her mum who took her to the hospital one day, concerned about her worsening symptoms. Thankfully, a midwife agreed to see Lana and listened to her story, telling her that it sounded like endometriosis, but that they would need to confirm this with a laparoscopy.

“It was the first time any medical professional had not only acknowledged that it was a possibility, but had taken my condition seriously,” Lana says. The laparoscopy found endometriosis wrapped around Lana’s left fallopian tube and the endometriosis was removed then and there. The impact was immediate – the pain went away and her energy levels increased. “The procedure changed my life,” she says.

Looking back, Lana says one of the hardest parts of her experience with endometriosis was its impact on her mental health. “I thought I was just a lazy and unhappy person, but after I had the procedure, I suddenly had so much more energy and realised ‘Oh, that wasn’t me.’” she says. “You really can start to think that your suffering is part of your character, as opposed to a symptom of your condition.” Even today, Lana feels discussions around the condition often neglect mental wellbeing. “As women, we are told that ‘period pain sucks.’ We are conditioned to put up with it and not question it.”

It has now been over 10 years since Lana’s laparoscopy and she still actively monitors her condition, using diet and regular scans to stay on top of her health. Her last scan found ‘superficial endometriosis’, which means she still has the condition, but it is not deeply invasive and overwhelming like it was for her earlier in life. “I’ve realised that there’s been so much new technology developed and increased awareness about the condition since my journey began, which has been really comforting,” she says. “It gives you hope.” 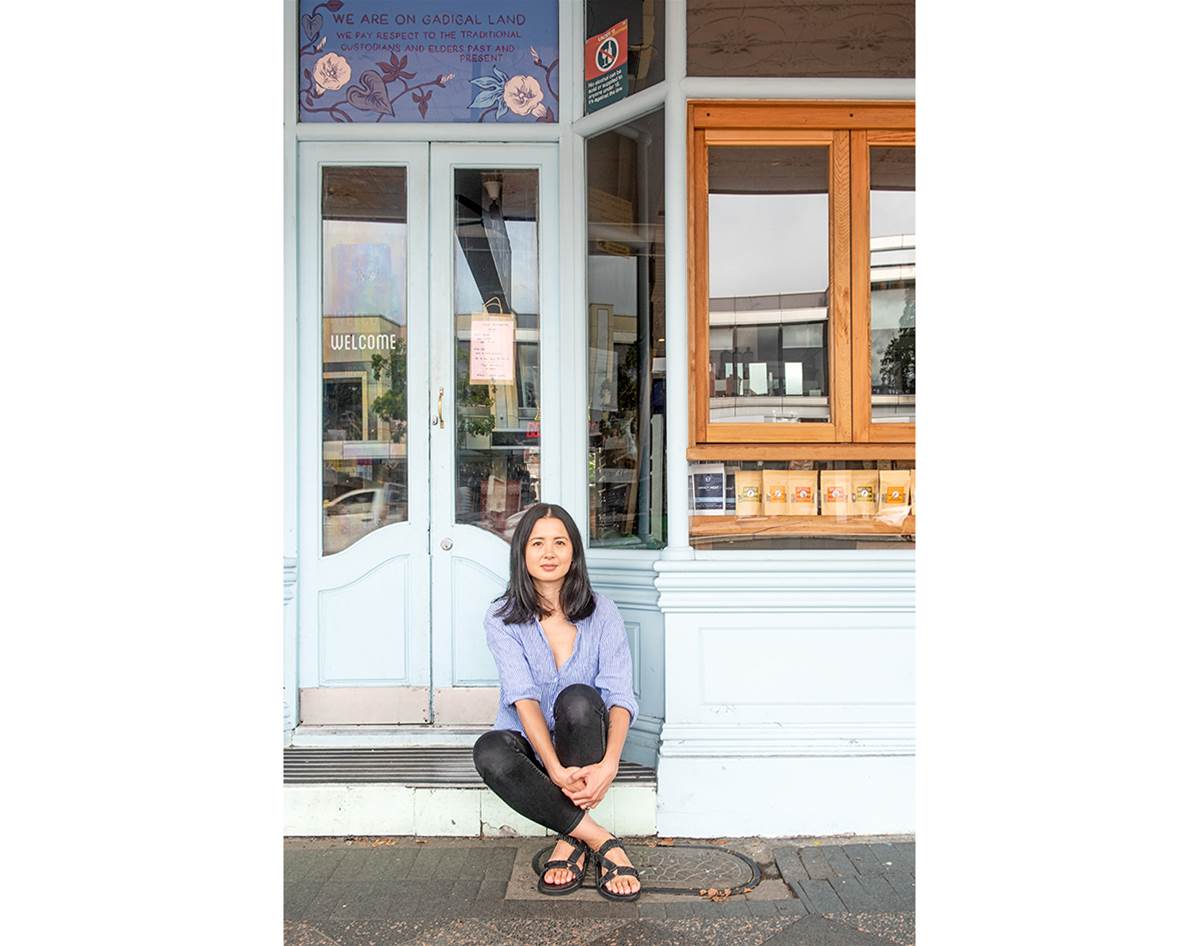 MONIQUE CORMAC found out about her fertility issues when she was 27. She was all set to spend a couple of years in London – working, travelling and having fun with her then boyfriend (now husband). Then came the unexpected news that she was not ovulating.

“I previously had an eating disorder, and when I went off the pill, I just didn’t get my period back,” Monique says. “It forced me to come to the realisation at an early age that I was going to have problems. I had just moved to London and wanted to have fun, but it really impacted how I enjoyed those years.”

In normal circumstances, Monique doesn’t think she would have been considering children in her 20s at all – but knowing that it was going to be challenging made her hyper-conscious of it. “It changed me – I spent so much time worrying about it and it made me want to have a child more.”

Returning to Sydney a couple of years later, Monique started fertility treatment. After two rounds of IVF, she became pregnant with twins. Although it was everything she wanted, the anxiety and worry about fertility still seeped in. “I was really anxious about having the babies once I was pregnant,” she says. “I kept thinking that I wasn’t meant to be a mother. I didn’t believe that I could actually be pregnant because I’d experienced infertility for so long.”

It didn’t help that Monique’s pregnancy was a difficult one, leaving her on bed rest from 24 weeks onwards, and in hospital for much of this. Her babies were also born premature and were in hospital for two months after the birth. “My experience of starting a family, having babies and bringing them home was not a normal experience,” she says. “It changes the way you start the journey of being a mother.”

Monique is now a nutritionist who specialises in fertility. Her own experience made her realise that while there were medical treatments available, there was a big gap in the complementary support services. “I would have liked to have a support network that also looked at diet, exercise, lifestyle and how that impacts fertility,” she explains. “That is a direct influence on the type of work that I now do.”

Monique has felt the shift in conversation in recent years – more people are starting to talk about fertility issues. (Around 1 in 9 Australian couples of reproductive age experience fertility problems.) “It’s not discussed because people feel shame or failure when they can’t get pregnant naturally,” she says. “I really thought there was something inherently wrong with me. I also think difficult pregnancies are not spoken about enough. You don’t want to whinge about it because there’s this portrayal of pregnant women as always happy and glowing, and that’s just not always the case.”

Monique found that joining fertility support groups, reading online forums, doing her own research and receiving fertility counselling helped her get through the hard times. She now thinks that the root problem is the lack of education we receive about fertility. “You aren’t given information on it at all – we don’t even understand the basics about fertility. The education when you’re younger is all about not getting pregnant, but no one sets you up to understand what you may need to think about in the future if you decide to have children.”

Monique has had another child recently – this time without any medical intervention. Reflecting on her experience, she feels conflicted. “I’m only a few months postpartum and my hormones are still out of whack,” she says. “I’m struggling with feeling like I have to be so grateful that I was even able to have kids. I put a lot of pressure on myself to be happy all the time, but the reality of being postpartum is that it can be lonely and challenging at times too.”

Read the rest of this feature, which also delves into experiences with PCOS and menopause, in issue 108. To get your mitts on a copy, swing past the frankie shop, subscribe or visit one of our lovely stockists.