The time has come to face the real world again. What might help is movies. Maybe. We can’t promise anything.

The time has come to face the real world again.

I know you don’t want to. I know it’s not fair. I know the holidays only felt like they started YESTERDAY and why can’t we just have one more week? None of these things will help.

What might help is movies. Maybe. I can’t promise anything.

If you’re looking for something to prepare yourself for going back to work or school – whether you’re a student or a teacher or a cleaner or an office administrator – why not give one of the following a try: 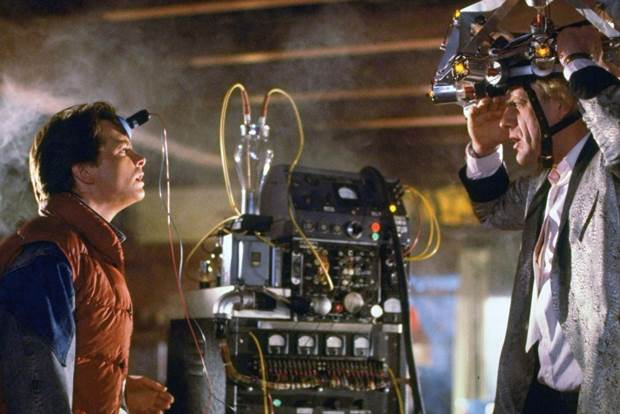 The King and I

I’m not sure about you, but somewhere in the back of my mind, I’ve always wanted to go to school in a fairytale version of Thailand dreamed up by two American guys who probably couldn’t find Thailand on a map. I mean, what could go wrong? (Answer: a lot, really. It’s a bit embarrassing). In The King and I, the school is run by Deborah Kerr, whose curriculum seems to be organised around SINGING, having arguments with the King of Siam and sometimes telling people to wear underpants. Ask any teacher and they will tell you that this is a very accurate depiction of teaching, so at least they got that right.

Harry Potter and the Philosopher’s Stone

I am going to be honest: while I like the Harry Potter books very much, the films were always felt a bit… bleh. Philosopher’s Stone feels like every scene should have a flashing sign that reads: “ISN’T THIS MAGICAL, GUYS? GUYS, LOOK AT THE MAGIC! OH WOW, GUYS! SUCH MAGIC! WOW!” Still, what I do like about the Harry Potter movies is how well they capture the feeling of not quite knowing what you’re doing on your first day at a new school. I mean, at King’s Cross, tiny, inexperienced Harry actually thinks it’s a good idea to walk up to some Muggle in a uniform and ask where Platform 9 ¾ is. Haha! That was never going to work. Classic first-time-going-to-Hogwarts mistake.

I know this movie has been recently-ish remade, but I haven’t seen the recent-ish remake, and I do not apologise for this. Take that, Hollywood, and your ever-churning ocean of remakes. In the original Carrie (and the remake, probably) we get to experience the hell that can be high school. The film’s main character, Carrie White, is despised by her classmates, who don’t think twice about ridiculing her, mocking her, or setting her up for humiliation. If you ever want to be reminded of the casual cruelty of teenagers: watch Carrie! Or maybe, don’t. Teenagers are the worst (not all of them, but enough of them).

Back to the Future

Have you always very secretly wanted to travel back in time and… umm… make sure that you parents meet each other so that they will eventually do the sex and then you will be born? Yes? Wow, you are going to like Back to the Future so much! It is kind of about this very strange mission (except weirder because your mum also falls in love with you? Yeah). In Back to the Future, Marty McFly accidentally travels back to 1955 and, after a few mishaps, ends up having to set up his parents in high school so that he doesn’t compromise his future existence. Truly, a lot of things happen in high school and clearly time travel is one of them.

Oh boy. If you can recover from watching the world’s most 1994 trailer (complete with people chanting the film’s title, eesh), you might have the strength to read this: Hoop Dreams is a very, very amazing documentary and you should really watch it. It tells the story of two boys: Arthur and William, who both dream about making it big in the NBA. Both boys are from poor, disadvantaged neighbourhoods in Chicago and both boys see basketball as their escape. Hoop Dreams isn’t really the feel-good film you might be hoping for (although it is very powerful). Instead, it shows us the terrible pressure we put kids under – and how an expensive school that promises kids everything can be just as cruel, heartless and destructive as the mean streets of a big city.