braking up with my first car

Bidding farewell to my beloved red four-door hurt. Cars, it turns out, have meaning. 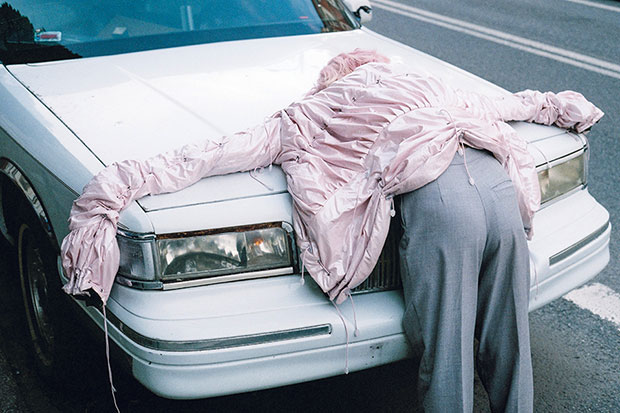 It took me ages to get my driver’s licence. I mean ages – if you’re one of the hundreds of people who gave me a lift to a party between the years 2010 and 2015, thanks for letting me drink in the back seat and sorry about all the terrible music I insisted on playing via aux cable.

When I finally passed my test and bought a sensible secondhand hatchback that was nothing like the vintage 1970s Datsun I actually wanted, I realised what I’d been missing out on. Driving rules. It’s the only hallmark of adulthood that actually lives up to expectation, maybe even surpasses it. (Having a credit card? Messy. Working full-time? A cruel, cruel joke. Cooking your own meals? Occasionally fun, except you’re broke and tired due to the aforementioned factors, and therefore unlikely to enjoy it all that much.)

All this is on my mind because I recently entered the throes of a mid-20s crisis, sold said car, and moved overseas. I don’t have regrets, but I was surprised by how much it hurt to say goodbye to the vehicle I learnt to drive in. When I handed over the keys to my trusty little red four-door, with Gold FM as its first radio preset; a million stupid bumper stickers that would always peel off in the Melbourne rain; and some minor-ish dents that I still insist weren’t my fault, I was overcome by a near-physical pain, reminiscent of heartbreak.

Cars, it turns out, have meaning. Mine was crammed full of memories, as well as a lot of physical detritus that passengers had to sweep aside in order to sit. On an ill-advised overnight joyride to the country, an evil ex-boyfriend and I folded down the back seats and slept in near-total discomfort. On a poorly-planned Tasmanian holiday, I insisted on taking the slow and winding scenic roads and nearly missed the ferry home. One time, after years of pushing the empty tank to its absolute limit, I found myself suddenly stranded in the middle of a quiet suburban street, and had to hike to the nearest petrol station in disgrace.

Nowadays, adulthood is confusing and hard to define. Few traditional markers of maturity feel like they’re in reach. But owning a car actually suited my transient millennial lifestyle of inconsistent jobs and short-term leases – my car moved with me between no less than four sharehouses, split between two different states on opposite ends of the country. It was a means of independence when I felt like I had few. Even when my bank account chugged towards zero, I’d buy five dollars’ worth of petrol and cruise around the streets by myself, feeling somehow safe and in control, like the outside world couldn’t hurt me.

Owning a car means being able to make moody solo trips through the suburbs late at night when you can’t sleep, blasting your favourite tunes and pretending you’re in a movie. It means litres of frozen Cokes from the drive-thru during impromptu beach days. It means every hard rubbish pile is a shopping centre where the price tags all say $0.00. It means, as the hundreds of dad-rock songs about driving on highways can corroborate, total freedom.

Not that there weren’t downsides. I never could get the hang of parallel parking, and oddly seemed to get worse at it over time. And cars are exquisitely costly to run and maintain; it never made any financial sense whatsoever for me to own one. There were environmental downsides, too – my bicycle rarely made the cut when it came to choosing an I’m-late-for-work vehicle, and for that, I apologise. Still, I loved that car like an expensive, accident-prone child. Goodbye, old friend. May your next owner be more prone to looking over her shoulder while reversing.