an unreliable guide to dating trends

"The mature thing to do if you like someone and they don’t return your affections is to shut yourself in your bedroom for two to three weeks, weep constantly, then move on with your life."

Forget ghosting and breadcrumbing: Eleanor Robertson has some new ideas for modern-day courtship. 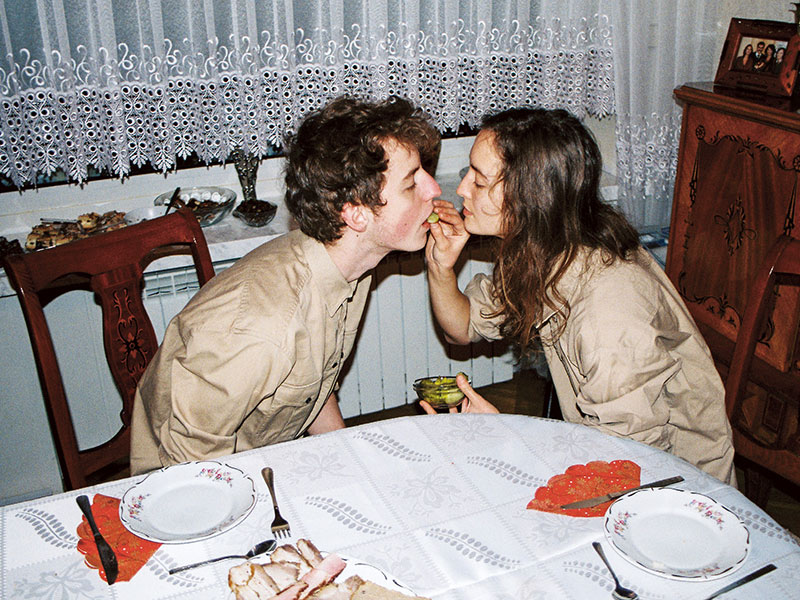 PRINCING Inspired by the Prince song “Let’s Pretend We’re Married”, ‘princing’ is when you feign being off the market in order to seem more alluring. It stems from the unimpeachable principle that if you were worth dating in the first place, you wouldn’t be single now, would you? Checkmate! You can pretend to be literally married, merely shacked up, or say you’re dating eight other people – it doesn’t really matter. Of course, this strategy will require you to get a pretend divorce if it actually works, but I’m pretty sure you can do that online nowadays.

TRIAL BALLOONING ‘Trial ballooning’ is when you act in a way that’s unreasonable or obnoxious to figure out whether or not someone will put up with it on a regular basis. Will the person I’m dating tolerate me wearing a full clown suit, including make-up, when we leave the house? Rather than asking them if it’s something they’re OK with, the trial balloon approach is simply to do it and see how they react. It’s the ‘better to apologise later than ask permission now’ school of dating. It is also likely to ruin your relationships and consign your immortal soul to the fires of hell.

WHACK-A-MOLE-ING When someone contacts you at what seems like completely random intervals but expresses absolutely no desire to see you outside those times… that’s ‘whack-a-mole-ing’. Traditionally, this move is performed while the person is drunk, so their inhibitions are lowered enough to not realise how annoying they’re being. But they might text or call you when they’re simply lonely, or when their A-grade plans have been cancelled. Whatever the reason, this is a deeply annoying move that can only be addressed by using the big rubber mallet of outright rejection.

CLEANING HOUSE The opposite of ‘princing’, ‘cleaning house’ is intentionally alienating all your friends to create more room for love in your life. You can’t park a car in a driveway if there’s already one there! How are you supposed to squeeze romance into your schedule when you’ve got every Tom, Dick and Harriet taking up all your smooching time, counselling you through your life problems, providing you with social support and making sure you don’t die alone? This one’s actually not too bad, as long as you don’t mind living the quiet and ascetic life of an ancient monk if it doesn’t work out.

THE LAST SUPPER At the last supper before his crucifixion, Jesus predicted that he would be betrayed by those who loved him. He turned out to be right, but you don’t have to. Performing ‘the last supper’ is a kind of chronologically reversed guilt trip where you demand that someone atones for something they haven’t done yet. Did you have a vision of the future in which your sweetie kills your pet, rats you out to the feds, or salts your crops so nothing will ever grow again? Why not make them pay for it right now, instead of waiting around to see if it actually happens?

WORKING THE ROOM The mature thing to do if you like someone and they don’t return your affections is to shut yourself in your bedroom for two to three weeks, weep constantly, then move on with your life. The immature thing to do is to ‘work the room’ – a strategy where you date all the person’s friends and everyone they know so they can’t get away from you. This isn’t really strategic, because it’s never been shown to bring benefit to anyone, but on the plus side, it will make you so tired and stressed out that you won’t have time for any other stupid things.

This reliable piece of life advice comes straight from the pages of frankie 95. Pick up a copy from our online store, head here to find your closest stockist, or subscribe from $59.50.

why do we love true crime so much?

where are they now? a chat with former good stuff winners bad behavior

head along to dangerous females' birthday parties in brisbane and melbourne