a table for one

Why going it alone is something to celebrate.

August 21st was my anniversary. Not the date I got into a relationship – I don’t even remember when that would have been – but 365 days since I’d become single. Exactly a year earlier, I’d finally ripped off the bandaid I’d been picking and pulling at for months and broke up with my boyfriend. It was the best decision I ever made. 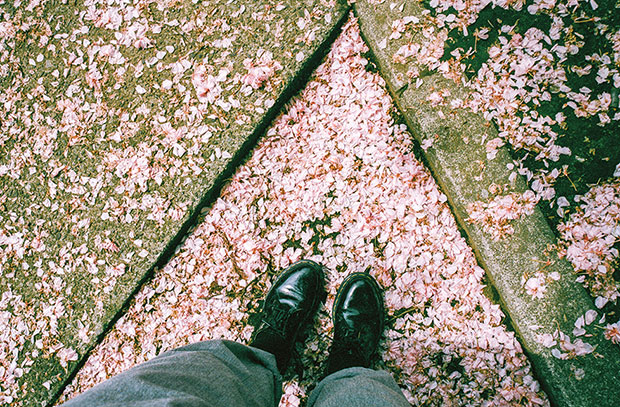 We spend our lives subliminally ingesting the message that romance is something to aspire to. In high school, I saw it every Valentine’s Day, when the names of girls with flower deliveries to collect from the front desk were called over the PA. As the rest of us watched, they’d strut over to pick up their roses, an exalted class of the loved and wanted. Later, it came in reality shows about a group of beautiful women competing for the chance to date a guy who wasn’t even that great a catch, or the Instagram feed full of couples holding up engagement rings like they’d just pulled a sword from a stone.

With the message that ‘single equals bad’ repeated so often and so loudly, it’s no wonder that when a relationship comes apart it can feel like a personal failing. After my first big break-up, I spent years feeling shell-shocked and completely lost. Obliterated by heartbreak, I was convinced the only way to fix myself was to find a new boyfriend – and I was completely sure the world was watching on, snickering at my pathetic singleness. (Sidebar: I now know everyone is too wrapped up in their own shit to ever notice what anyone else is doing.)

Eventually, I did find a new guy, but it wasn’t a happy ending. Being coupled up started sitting uncomfortably on me, like a too-small skirt I could get over my hips but had to leave unbuttoned at the top. Before long, I was spending less time feeling like I’d unlocked an achievement than lying on the floor of the shower, trying to cry as quietly as possible because the man in the other room wasn’t making me happy. It took a new relationship for me to realise that actually, I kind of preferred being alone.

Being single isn’t just something to survive, but to celebrate – especially when you’re young. When you don’t have to plan around a partner, you can move to a new city, do big things in your career, build friendships you’ll cherish forever, or ditch your whole life and go overseas at the drop of a hat. You’re given space to get to know yourself, and are free to spend your energy on actual pleasing things like reading and watching YouTube make-up tutorials, rather than screaming in someone’s stupid-fucking-face because they didn’t take the bins out again. Basically, you get to be selfish at a time when it really pays to put yourself first. You get to grow.

Sure enough, in the year after I parted ways with my most recent ex, the lights got so much brighter. I had the time and freedom to quit my job, spend a month getting drunk with my mates in Mexico, conquer the whole exercise thing and discover the life-changing magic of therapy. It was painful at first, but I emerged from that break-up a happier, healthier and better person than I’d been before.

So, on August 21st, I got dressed up, took myself out to a little Italian restaurant, requested a table for one and ordered a drop of their finest champagne (or it might have been the house sparkling, who can say). Taking a sip, I thought about all the ways life had got better since I’d walked away, and all the things that wouldn’t have happened if I’d stayed in that relationship. In the immortal words of Ariana Grande, I’d learnt from the pain and I’d turned out amazing. And that’s worth raising a glass to.

This celebration of singledom comes straight from the pages of frankie 92. Pick up a copy at your closest stockist, or subscribe from $10.50.