It’s the most wonderful time of the year – that is, if you don’t have a racist uncle or an in-law hell-bent on signing you up to a pyramid scheme.

It’s the most wonderful time of the year – that is, if you don’t have a racist uncle, a cousin who won’t stop telling you about their latest diet, or a distant relative who after one too many shandies, digs up thousand-year-old beef and stars an all-out filial war. Oh, and don’t forget the in-law who’s hell-bent on signing you up to a pyramid scheme they saw on Facebook.

Christmastime can be tough if your extended family includes a few kooky characters. If you find your eyeballs rolling back further and further each year, these tips might help you survive the silly season. 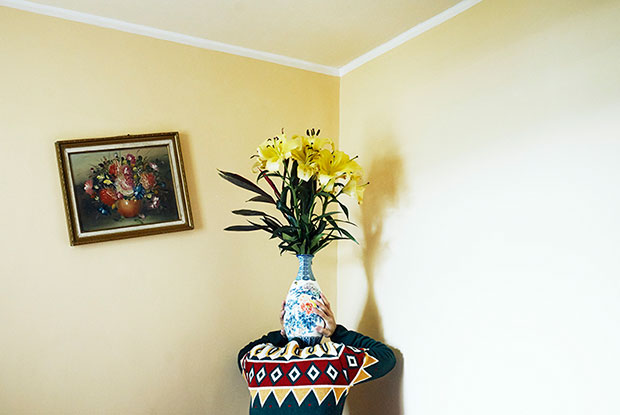 BE PREPARED
You know you’re going to get bombarded with invasive personal questions, so you may as well psych yourself up for it. Why haven’t you got a partner yet? Have you got a real job? How much do artists make per year anyway? Sadly you cannot lie to your family like you do to that one hairdresser who genuinely believes you were a minor character on Home and Away, but by mentally preparing answers, you’ll ensure that you’re not caught off guard.

VEGETARIANS, BYO
One of the toughest things for me when I became a vegetarian as a teenager was gatherings with my extended traditional Vietnamese family. They didn’t understand my choice, and as such there’d often not be much for me to eat (though they did have a thousand questions about vegetarianism). My mum and I began to make our own food to bring to Christmas – and surprise surprise, people loved it! Now every year, my cousin makes sure there’s something vegan for me that everyone can enjoy. It’s all about sharing, after all – and sometimes you have to lead by example.

PICK YOUR BATTLES
Many years ago, I was at an ex-boyfriend’s family Christmas, and his brother’s father-in-law made some racist comments. I felt incredibly uncomfortable, especially as the only person of colour there, but could see that an argument would only lead to tears – so I walked away. Knowing when to exit a conversation is key to maintaining your sanity over the festive season, and it doesn’t mean you’re turning your back on your values. Take some time out if you need it. To quote the wisest man who ever lived: “No matter how the wind howls, the mountain cannot bow to it.” (Yes, it’s the emperor from Mulan.)

HAVE A FRIENDSMAS
Society tells us that family is everything, but let’s face it, not everyone is blessed with the best bunch, and it can be toxic for some folks to spend time with their relatives. If you’ve got bad blood and would rather not put yourself through it all, don’t feel guilty for prioritising your mental health and bowing out. Organise a celebration with your besties instead – you can eat, drink and be merry with your chosen family, without having to worry about anyone saying something offensive or grilling you about what you’re doing with your life.

IF ALL ELSE FAILS, FEAST
If none of this works, gorge yourself on the holiday goodies (and a bit of the ol’ bubbly) until you’re comfortably passed out on the couch, cracker hat on your head, crappy cracker joke in your hand. No one can annoy you from the blissful land of the food coma.