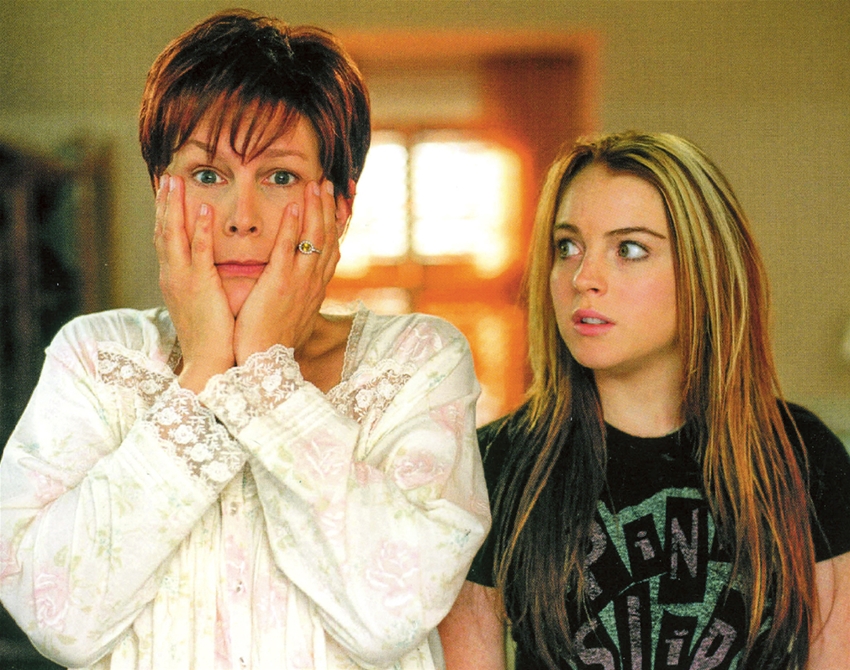 Kara Schlegl takes a look at some iconic body-swap flicks.

Freaky Friday (2003) Just like every mother-daughter duo in cinematic history, 15-year-old punk-rock aficionado Anna (Lindsay Lohan) and her highly strung single mum Tess (Jamie Lee Curtis) don’t get along. Anna hates her mum’s new fiancé, and Tess won’t let Anna live out her dreams of becoming a failed rockstar – typical movie-of-the-week stuff. But a couple of magic fortune cookies force them to see things through each other’s eyes – literally. This movie is an adaptation of the 1976 Freaky Friday, which practically birthed the entire body-swap genre. And while it keeps to a Disney aesthetic, making characters say ‘phooey’ instead of ‘fuck’, it’s fun and ambitious enough to feel at home in 2021. Lindsay Lohan’s matronly turn as a repressed 40-something makes me furious about what toxic early-2000s paparazzi culture stole from us as a society, but it’s Jamie Lee Curtis who rips through the screen like a pair of tearaway pants. Famously cast the day before shooting commenced, Jamie leans into the chaos with a no-fucks-given performance that has gone down in history as one of her most iconic roles. If you’re looking to curate the perfect body-swap marathon, this is where you should start.

Dating the Enemy (1996) A reimagining of Freaky Friday for anyone who’s dated a total arsehole, Dating the Enemy follows science journalist Tash (Claudia Karvan) who wishes her trash boyfriend Brett (Guy Pearce), would see things from her perspective for once. Unfortunately, she makes the wish under a full moon, which obviously causes them to switch bodies. The swap lasts way longer than this genre usually commits to, gifting us the schadenfreude of watching Brett get his first period, and allowing Tash to triumph under the patriarchy. An underrated Australian gem from the ’90s, Dating the Enemy blends touching romantic comedy with twisted fantasy. Even its gender politics are on point – it embraces gender exploration with warmth and humour, instead of with disgust and mockery. In a very mid-’90s review of the movie, critic Margaret Pomeranz laments that writer/director Megan Simpson Huberman doesn’t lean into gendered stereotypes more, “for the laughs". But the choice to not go full Rob Schneider is exactly why this film holds up.

Freaky (2020) The joy of body-swap movies is in seeing how a conventional character experiences a fresh perspective, so this switcheroo between a petite teenage girl and a serial killer (played by the six-foot-four Vince Vaughn) is about as joyful as the genre gets. This horror-comedy opens just like every other slasher: with a creepy, masked dude hunting down a high-school student. The killer, however, wields a magical knife that (unbeknownst to him) forces him to swap bodies with his victim Millie Kessler (Kathryn Newton). Watching Vince Vaughn as Millie waking up in the killer’s den (decorated lovingly with rusty hooks and rotting flesh) is a welcome and completely deranged spin on a well-worn body-swap trope.

Face/Off (1997) There’s an entire movie in the first 20 minutes of Face/Off, a film about FBI special agent Sean Archer (John Travolta), whose son is murdered by Castor Troy, an extremist psychopath played by Nicolas Cage. Right from the get-go, we’re treated to a six-year chase, a climactic fight scene and even a moment of emotional catharsis for John Travolta’s character, who seeks vengeance but then chooses not to act on it. In any other action thriller, this would be the end, but for director John Woo, this is just the prologue to a much weirder story about an FBI agent and a terrorist who switch lives after undergoing an experimental face-transplant surgery. Yes, Face/Off is literally a movie about people who take their faces off. John Woo is an action director whose films are operatic, brutally violent and unapologetically OTT. Teaming Woo up with a chaos-monger like Nicholas Cage is like throwing a lit match into an oil spill, making this film a beautiful disaster.

Jumanji: Welcome to the Jungle (2017) Another far-fetched action flick that has no right to be as good as it is, this sequel to the ’90s classic follows four teens who are sucked into a video game and forced to play inside the bodies of their avatars, or else die. The stakes are really that high. To make matters more narratively convenient, these avatars reflect an insecurity each character grapples with: the nerdy kid transforms into a jacked-up explorer played by Dwayne ‘The Rock’ Johnson; the towering jock is a timid zoologist played by Kevin Hart; the shy girl is a kickass Lara Croft cliché in Karen Gillan’s body; and the popular girl is condemned to exist as Jack Black. The earnest performances from these actors helps this wacky, slapstick side quest stay true to the heart of the original, which was ultimately about kids (and Robin Williams) learning how to become the best versions of themselves so they could fight off terrifying jungle monsters. Both films are a delightful romp for the whole family.

Suddenly 30 (2004) This bubblegum-pink rom-com is about the relatable feeling of wanting to grow up too fast, then growing up and realising how much adulthood sucks. In the mid-’80s, 13-year-old Jenna Rink is a huge dork who wants to be “30, flirty and thriving” like the models she sees in magazines. After a group of mean girls pull a mildly problematic seven-minutes-in-heaven prank on her at her own birthday party, she makes a wish and wakes up 17 years later as a hot shot magazine editor (played by Jennifer Garner). But, in these movies, wishes aren’t granted without a price, and the price here is that Jenna is now a total biatch. This is a charming, deeply affecting salute to the ’80s body-swap boom (and particularly to 1988’s Big, starring Tom Hanks). A word of caution to anyone over 30: Suddenly 30 might be a heartwarming morality lesson for the youths, but it’s nightmare fuel for us elderly folk, because the moral is that sometimes it actually is too late to change.

Mulholland Drive (2001) Putting Mulholland Drive on this list might constitute a mild spoiler, but frankly, even with spoilers, it’s difficult to make sense of this neo-noir mystery. The story follows an amnesiac woman (Laura Harring) who tries to hunt down her own identity with the help of an aspiring Hollywood actress named Betty Elms (Naomi Watts). The swap is less a reveal and more a nightmarish unravelling of the self as dead bodies pile up, and searching for answers only leads to more questions like, “What the hell was David Lynch smoking when he penned this damn script?” The absurdity of a body swap is almost always played for laughs in other films, but not here. Despite its surrealist nature (or maybe because of it), Mulholland Drive might be the most realistic depiction of what it would be like to wake up in someone else’s body. It would be the worst, is what I’m saying. The absolute worst.

Get Out (2017) Speaking of the worst, imagine someone taking over your body while you’re still inside, paralysed and forced to watch. That’s the horrifying prospect Jordan Peele asks us to consider in Get Out, presumably because he never wants any of us to sleep again. Chris Washington (Daniel Kaluuya) is a young Black man visiting his white girlfriend’s family. Over the course of the weekend, he feels increasingly uneasy about the family’s odd behaviour towards him. This slow-burn horror is a huge departure from other body-swap films – Jordan Peele takes the concept in earnest, but unlike any other director on this list, he dives unflinchingly into the racial politics of bodily autonomy that other iterations avoid with their excessive whitewashing. The white antagonists here more closely resemble monsters from classic sci-fi horrors like Invasion of the Body Snatchers (1956) or The Thing (1982), making this a wildly effective and sickening allegory for the way Black people’s bodies have been brutalised and appropriated by white people for centuries. It’s a true step up for the concept. And, I hope, a sign of what’s to come.

This piece comes straight from the pages of frankie 104. Head here to find your closest stockist, pick up a copy from our online store or subscribe from $59.50. 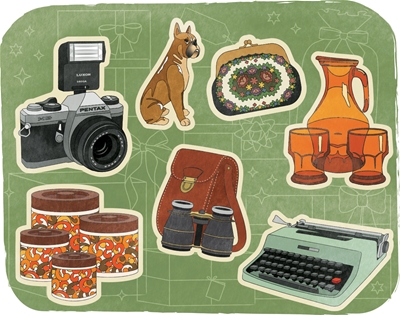 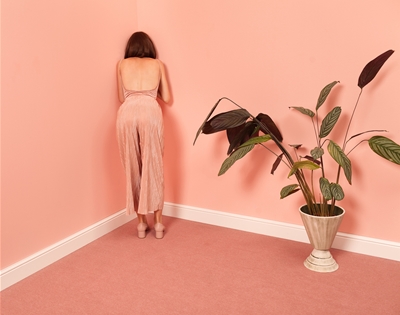 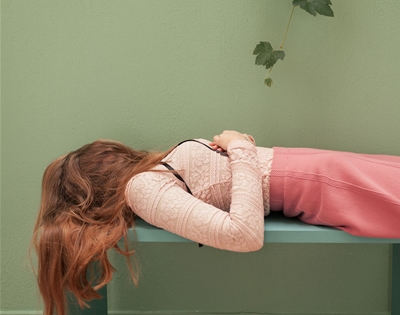 me and my hair 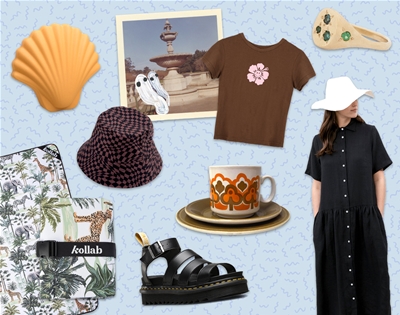 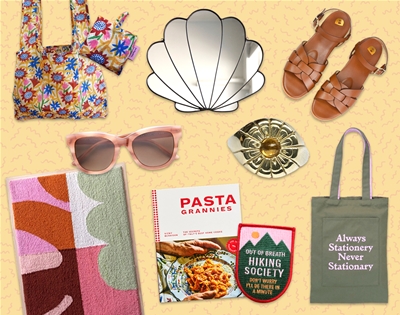 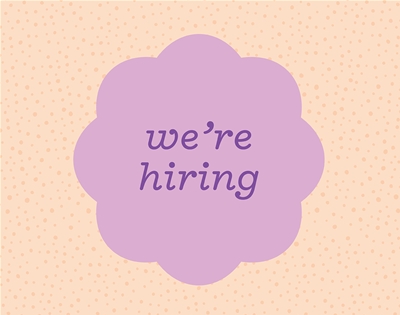 want to work for frankie?