Meet Mia Rovenko. She’s a four-year-old astronaut who, during one of Melbourne’s many lockdowns, explored the city as if it were another planet in a universe, far, far away. Luckily, her dad Andrew was there to snap the intergalactic journey. Read about how the shutterbug's unexpected Rocketgirl series came to be below. 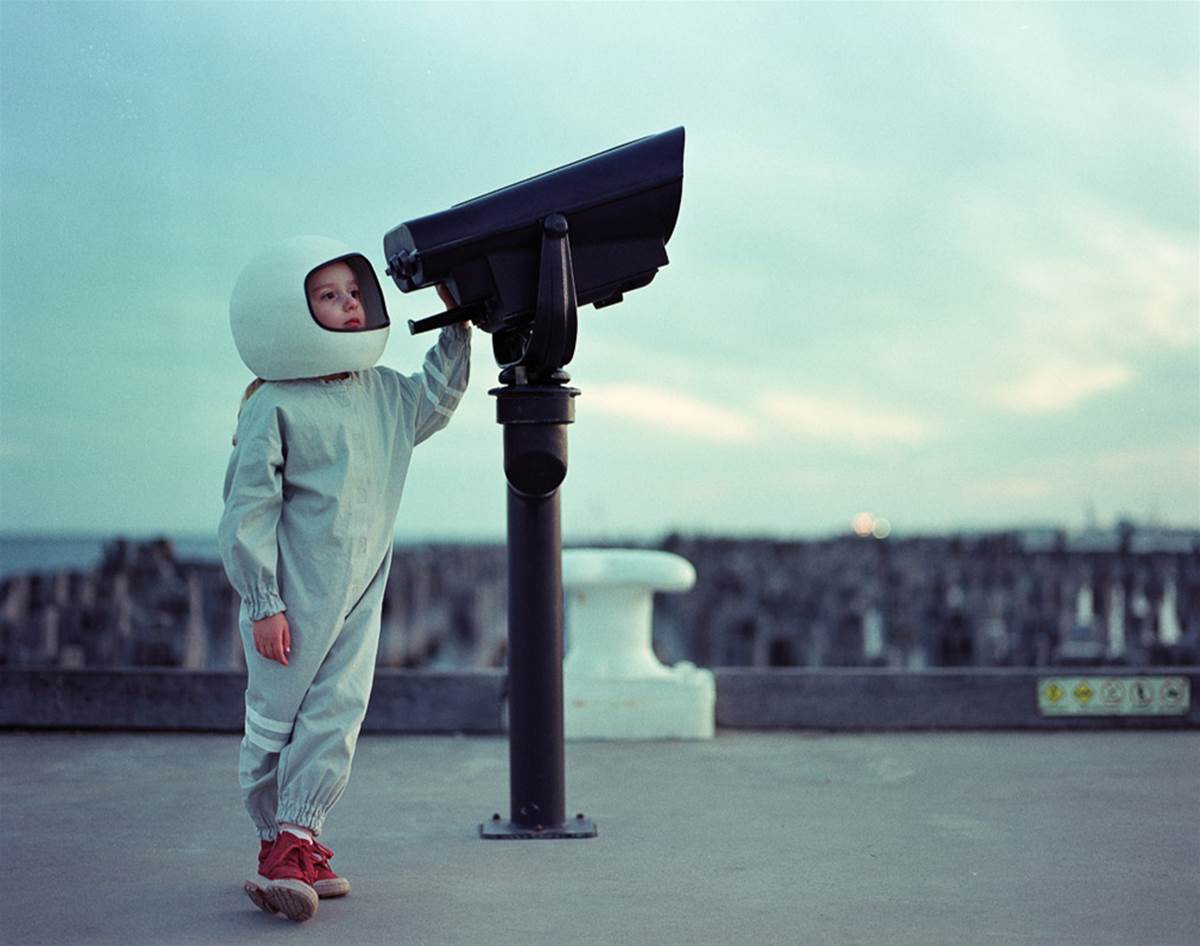 Hi Andrew! Tell us about yourself and what you do. I was born in Ukraine, which was then part of the Soviet Union, so the space theme was always in the background when I was a kid (as well as restrictions on overseas travel). I’ve always had an urge to explore more of the world, so when the opportunity to visit Australia appeared, there was no second-guessing and right on the plane we went. Seventeen years have passed and now it feels like Melbourne has always been our home.

My official job title is ‘creative technologist’, which is probably one of the most ambiguous things out there – I don’t think I’ve ever succeeded in explaining what I really do.

How did Rocketgirl come to be? When the sixth Melbourne lockdown hit and our four-year-old was stuck in the same four walls with two hours of precious outdoor exercise-time spent strolling familiar streets (as the playgrounds were closed, too), we needed to invent something to keep her ever-curious mind occupied.

Mia was obsessed with all things space and playing to her natural interest seemed like an easy win. My wife Mariya has a diploma in theatre costume design, so the first thing we did was a family craft project. Mia actively helped with (or disrupted, depending on how you look at it) the creation of her space suit and papier-mâché helmet. Then the little astronaut started exploring the neighbourhood. I didn’t take a camera on our first expeditions, but since many hobbies came back to life during lockdown, my old Mamiya started making an appearance to capture some family memories. The images looked quite surreal, so the camera became a regular companion. 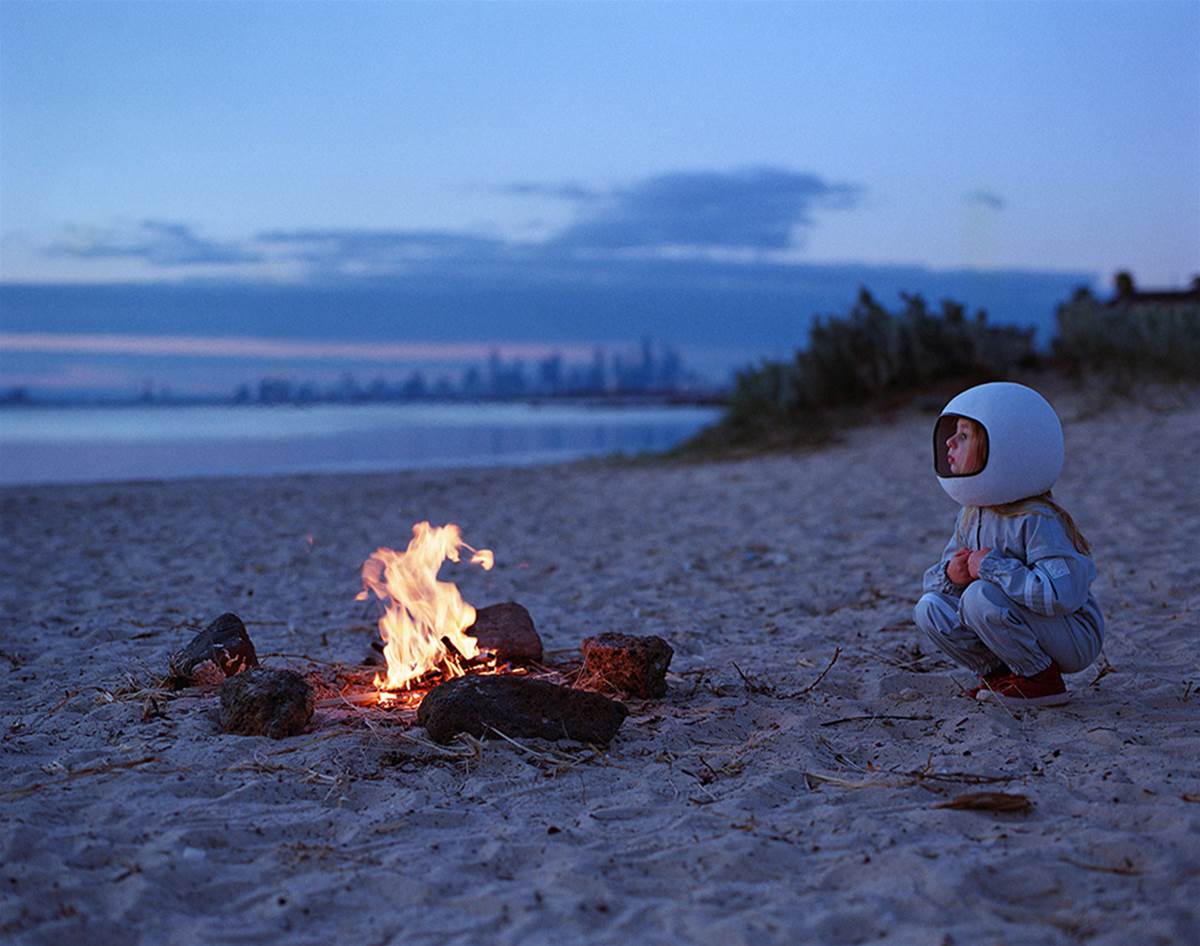 What was your approach to finding locations for the shots? I've learnt not to plan anything too much if it involves an activity with your child, as trying to fulfil plans may take away from the joy of improvising and having fun. We usually picked a destination that let our imaginations run wild and, more often than not, we would get distracted by something else while getting there (even a lone phone booth can be fun when you can call anyone in the universe).

Were you expecting the series to receive such a positive response from the public? This was always a little family project, so I find it very surreal that it has reached so far and resonated with so many. The messages people have shared about how these images reflected their own feelings about the world, their experiences of growing up or emotions just from looking at them made it very rewarding and humbling for us.

When you were Mia’s age, what did you want to be when you grew up? I don’t remember much of being a four-year-old, but it would have been something really silly, like becoming an ice-cream vendor to be able to eat unlimited ice-cream, or other ‘cushy’ jobs. 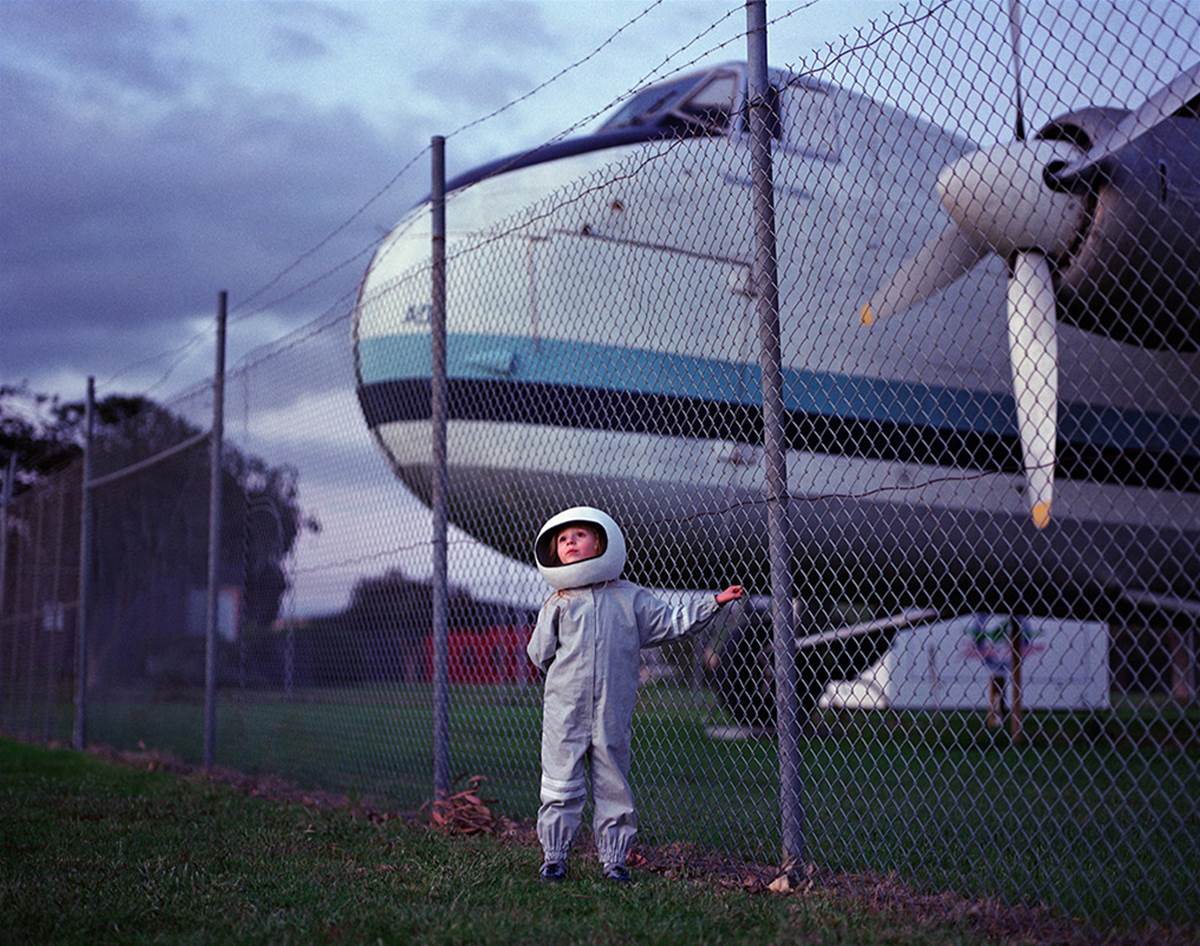 What do you get up to when you’re not taking photos? At the moment, it’s mostly answering endless questions from our little astronaut. When she goes to sleep, there is usually some film to develop or scan. When there’s a spare moment, bringing back to life some neglected relics of the past and tinkering in general is always a joy – be it fixing vintage cameras or restoring various things on two wheels.

What’s next for you? Taking one day at a time and enjoying the ride, because setting goals and objectives for something that’s a creative outlet is probably the quickest way to turn it into ‘work’. I’m consciously not planning anything, except for continuing to take pictures and going with the flow. 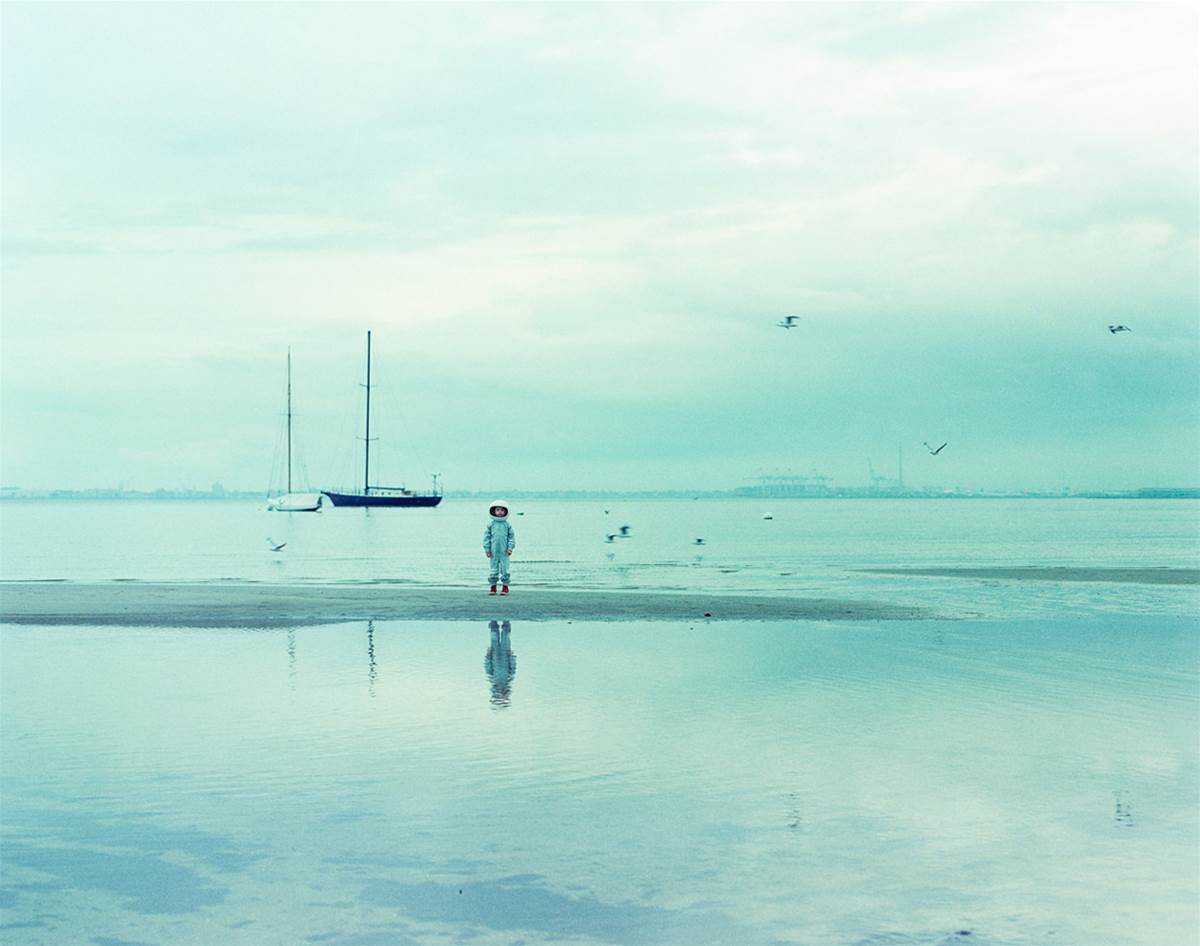