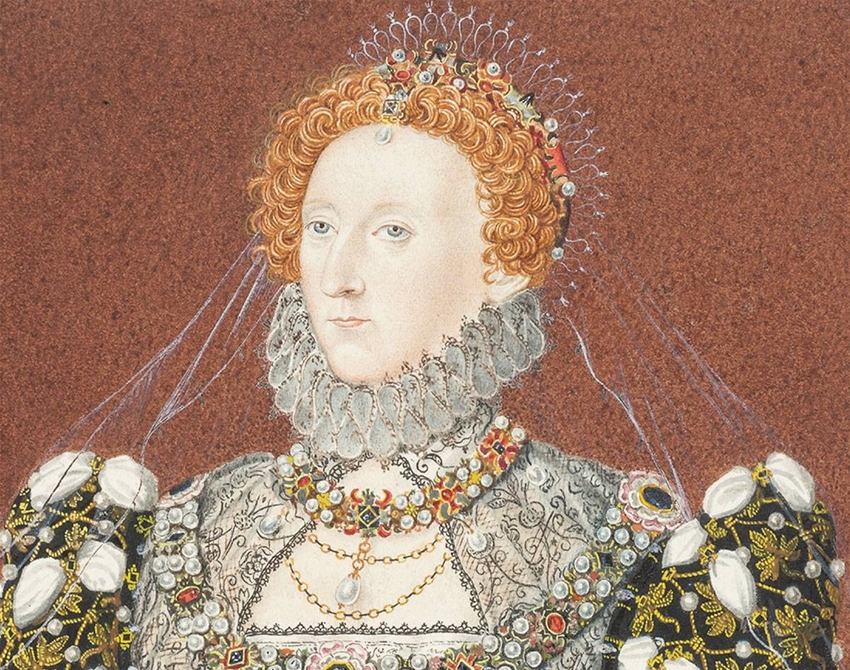 Learn the full story behind these age-old rumours.

SHAKESPEARE DIDN’T WRITE HIS OWN PLAYS No individual has had a more pronounced effect upon English language and culture than William Shakespeare. This isn’t an opinion; it’s an objective fact: the guy single-handedly invented around 1700 words, from ‘arouse’ to ‘bedroom’, ‘dawn’, ‘jaded’, ‘skim milk’ and ‘scuffle’. Yet, for all of that, surprisingly little is known about his life. He was born in Stratford-upon-Avon in 1564, married a woman named Anne Hathaway and died in 1616, having penned some 38 plays in the interim. To certain Shakespearean scholars, this dearth of biographical information is fishy – it’s made them question whether Shakespeare actually wrote the plays now credited to him. Instead, they argue, he was a convenient cover for either Edward de Vere, the 17th Earl of Oxford, or the playwright Christopher Marlowe, about whose life rather more is known. Confusingly, Marlowe was killed in a bar fight in 1593, rather complicating his position as Shakespeare’s ghostwriter. But there’s a theory for that, too! Some suggest Marlowe faked his death and was spirited away to France by sympathetic nobles so he could deploy his genius in peace. The truth is probably more mundane: Shakespeare was born of common stock, and in those days no one much cared about the peasantry. Thus, he flew under the radar until his ‘monumental’, ‘majestic’ and ‘Olympian’ achievements changed the world around him.

AMELIA EARHART WAS A SPY The rumours around aviation pioneer Amelia Earhart began swirling shortly after her disappearance over the Pacific Ocean, during her infamous attempt to circumnavigate the world by plane. Being 1937, a time when plane travel was still an inherently dangerous activity, it seems fair to assume Earhart crashed into the ocean and sadly died. However, this has not stopped the conspiracy theorists of the world from conjuring up some pretty exciting (and vaguely racist) alternative theories, including, but not limited to: that she was captured by the Japanese army after accidentally landing on the Marshall Islands and was held as a prisoner of war until her death; that she was captured by the Japanese, rescued by the US, then, for reasons not entirely clear, secretly repatriated to America, where she lived out the rest of her life as an unassuming New Jersey housewife named Irene Bolam; and that she was secretly working as a spy for the American government, trying to work out what the Japanese were actually doing in the Pacific. At which point, she was captured by the Japanese and shot. TL;DR: the Japanese did it and brave Amelia was an American HERO, dammit.

THE US GOVERNMENT IS HIDING NIKOLA TESLA’S DEATH RAY Nikola Tesla did so many incredible things that you don’t really need to invent conspiracies to make him interesting, but that sure hasn’t stopped people from trying. A misanthropic Serbian-American inventor and polymath, Tesla was variously responsible for the development of AC electricity, fluorescent bulbs, X-ray imaging, the radio, remote control, electric motors, lasers and wireless communication. Yet, when he died in a New York hotel room in January 1943, penniless and alone, the FBI were the first on the scene, confiscating all of Tesla’s notebooks and placing them under lock and key. While this wasn’t entirely out of the blue – Tesla had boasted of inventing a new particle-beam weapon, which presumably would have come in handy in the battle against Japan and Germany – the US Government’s decision to keep the files secret for the next seven decades provided plenty of opportunity for conspiracies to bloom. So, did Tesla invent a death ray? Well, if he did, we’re yet to see it, but we’re also yet to see all of the notebooks. What are you hiding, America?

LEWIS CARROLL WAS JACK THE RIPPER What’s a man to do after a day spent writing brooding and fantastical works of children’s literature? Why, head out onto the streets of London to murder and disfigure a few sex workers, of course! The theory that noted bachelor and bookish sort Lewis Carroll was actually the late 19th century’s most feared serial killer was first introduced in 1996, in a self-published book titled Jack the Ripper: Light-Hearted Friend. The work of Carroll scholar Richard Wallace, it argued that if you rearranged the words from certain passages of The Nursery “Alice” (a shorter version of Alice’s Adventures in Wonderland for younger readers) and the first volume of Carroll’s lesser-known series, Sylvie and Bruno, you would discover detailed descriptions of the murders he’d committed. This is, obviously, insane, but the idea gained enough credence that for a brief period, Carroll – real name Charles Dodgson – was added to the official suspect list. The rebuttals have been voluminous, but the most convincing argument is the simplest: the words of Wallace’s book can be rearranged to prove that, in actual fact, he was Jack the Ripper. Also, that he faked the Moon landing.

QUEEN ELIZABETH I WAS ACTUALLY A KING The first Queen Elizabeth – the one made famous by Cate Blanchett – ruled England for 44 years in the late 16th century, guiding the country through numerous wars, uniting the provinces under the British flag, and helping to usher England into modernity. The one thing she didn’t do, though, was marry. Who knows? Perhaps she didn’t want to share power with some inbred buffoon grown weak and slovenly on the spoils of unabashed patriarchy. Or, perhaps she was actually a man. This latter theory gained weight in the early 1900s, when Dracula author Bram Stoker came across a quaint May Day tradition in the English town of Bisley, where a small boy would dress as Queen Elizabeth for the day. According to the tradition, a young Princess Elizabeth had been dispatched to Bisley to avoid the plague, but had nonetheless grown sick and died. Knowing this would play badly with the girl’s father (aka beheading enthusiast King Henry VIII), the governess found a young chap who looked like Henry’s daughter, and the two of them kept the ruse running for, well, the rest of their lives. Such rumours were rife even in Elizabethan times, but one suspects this is less a wacky plot device come to life, and more a product of English manhood’s insecurity about being ruled by a woman.

THE MOON LANDING WAS FAKED Were we going to have a list of conspiracy theories that didn’t feature the Moon landing? I mean, in some ways, I get the scepticism. Space is hard. The margins between successful space flight and molten wreckage are razor-thin, and back in the ’60s, they were doing most of the calculations by hand. JFK talked big game when he made his “we choose to go to the Moon” speech in 1962, but it beggars belief that the United States could have invented an entire industry, trained an army of technicians and then successfully sent three men to the Moon and back in less than seven years. Like, computers were still using magnetic tape, cassette-style. Surely it makes more sense that the US staged the whole thing in a TV studio as a way of proving to the world that America was better than the USSR? Right? Naysayers point to NASA’s poor internal management, the lack of a blast crater under the landing module, and the fact there are no stars visible in any pictures. However, there is a voluminous amount of archival footage that shows the Apollo 11 flight in progress, and loads of moon rock was brought back to Earth – plus, NASA’s Lunar Reconnaissance Orbiter has been sending back detailed images of the landing site for years. So, let it go, people. Humans did it and it was awesome.

This deep-dive into historic deception was originally published in frankie 95 (May/Jun 2020). For more curious reads, check out the current issue of frankie over here. 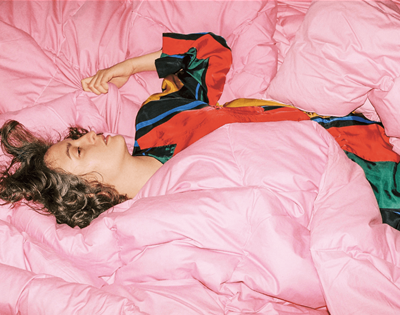 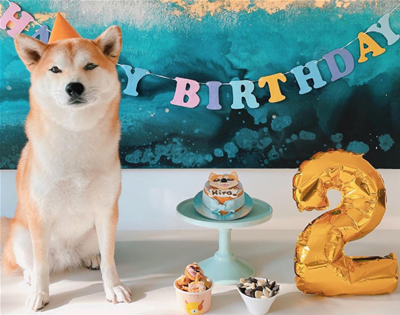 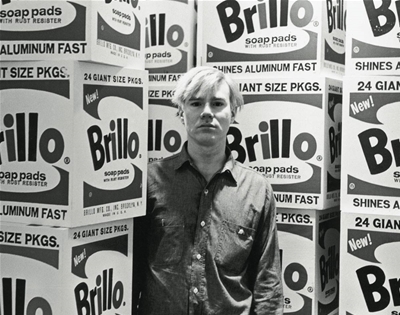 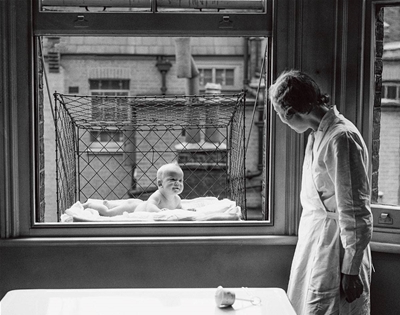 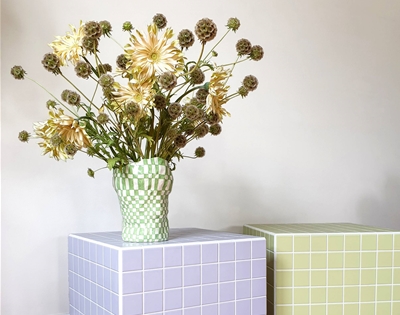