get to know gus from the thornbury picture house

It ain't easy starting a small business, much less converting an old garage into a 57-seat cinema. Here's how Gus from the Thornbury Picture House did it.

It ain't easy starting a small business, much less converting an old garage into a 57-seat cinema. Here's how Gus from the Thornbury Picture House managed to do it. 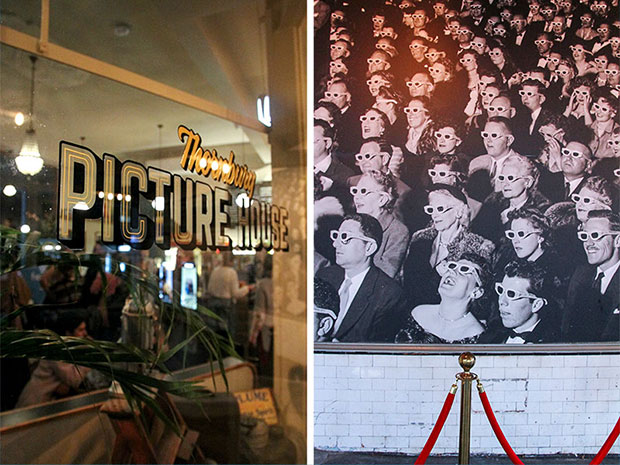 How did the business come to be? I’ve been running film events in London and Melbourne for about 15 years, starting an outdoor cinema company called Blow Up and running a short-film night at ACMI called Red Hot Shorts. I always wanted a permanent base, and there was nothing like what I was dreaming of creating in Melbourne, so when I found the perfect building, it all started to take shape.

What was the process of setting up shop like? It was a pretty stressful journey, with an endless series of hoops to jump through – getting a loan; creating a business plan that was viable and realistic; then getting permits from the council. Once these things fell into place, I had to manage the build. Converting a hundred-year-old garage into a 57-seat cinema was tough!

What’s your advice for starting a business? Make sure you’re either offering something new or that you’re doing it better than anyone else. Be really conservative with working out your break-even point. Then, when it’s all taking shape, keep making notes of all your creative ideas as you go. I found that when things were getting stressful towards the end, great ideas were harder to come by. Finally, keep an open mind and go with the flow, as plans will invariably change and obstacles will appear. There’s usually a way around them, though! You just need to keep moving forward.

What do you love about running your own business? There’s a real joy in seeing something that’s been years in the making come to fruition. The cinema ended up looking better than I ever imagined, so that was fortuitous! With two young kids, I love being able to work flexible hours. On the flipside, running a small business often means working seven days a week. I also enjoy being able to make creative decisions without having to run it past anyone – except maybe my wife and the cinema’s general manager, Lou!

What are your goals for the cinema? To continue to build a real community asset here in Thornbury and to keep people coming in to see films every week. I hope to keep bringing entertaining, interesting and thought-provoking films to our audiences. We love putting on special events and have recently started our own film festival, Northern Light Film Festival, and I’d love to build that into a real feature of Melbourne’s film landscape. In essence, the goal is to be creative and profitable!

tax is not a dirty word

video: tips on how to price your wares

tax tips for when you're running a side hustle