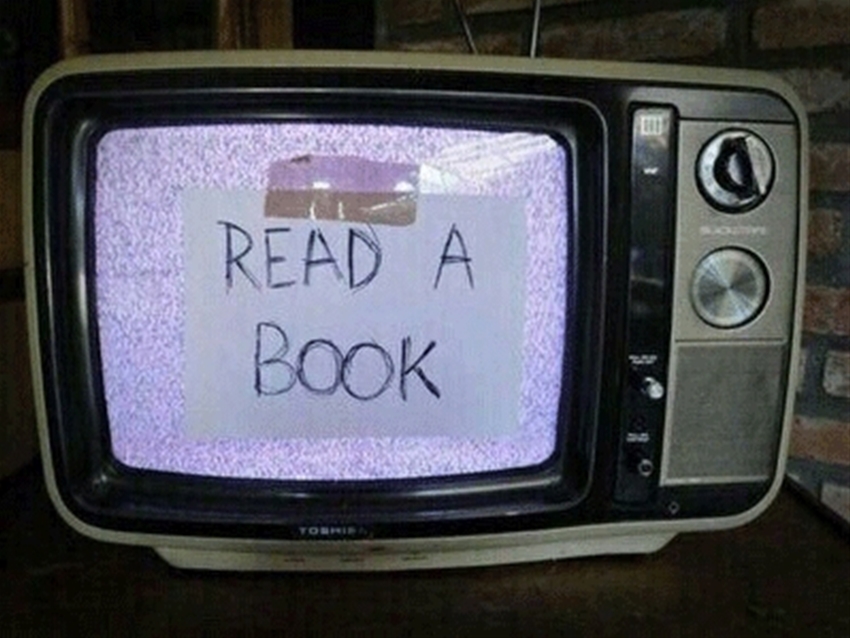 frankie's guide to books for people who watch too much tv

You want to live a different life. Feel the sun on your face. Talk to your mother. Maybe even read a book?

Ah, yes - I’ve seen your type before. You can’t remember what a tree looks like. Your doctor has diagnosed you with a vitamin D deficiency. All of your back muscles have fused into one from curling up in front of your laptop, and it hurts. But mainlining Friday Night Lights/Jessica Jones/Gilmore Girls/The Great British Bake-Off is so worth it! I hear you. I know you want to live a different life. Feel the sun on your face. Cook something instead of grunting as you hand over yet another $20 to the pizza delivery person. Talk to your mother. Maybe even read a book? I love pizza, too, so if you figure out what to do about that, let me know. But I can help with the book thing.

Let’s start with those of you who have it really bad. You think nothing of letting episodes play seamlessly, one after another, without pause. You wouldn’t consider your TV habit A Problem. And it’s not! You can do whatever you want! But you wouldn’t be here if you didn’t want to change. So you need a book that’s totally addictive and fast. Try Edward St. Aubyn’s Never Mind. It’s 200 pages but feels like 50 because the crackling, acerbic prose speeds past like the Energiser bunny on steroids. Knowing the novel is loosely based on the author’s upbringing in a well-heeled English family makes the self-obsessed characters and their ugly dissipation even more fascinating. And, because I know you’re a TV addict and will love this: it’s the first book in a series.

Some of you may have been unwillingly parted from your Netflix queues and flat screens. I’m really sorry to hear about that. You could read Ruth Ozeki’s My Year of Meats, which is a novel about a TV show. It’s not the real thing, but it’s hilarious. Documentarian Jane Takagi-Little is hired to produce a Japanese TV show sponsored by an American meat company, which of course results in absolutely no problems whatsoever.

What’s that you’re saying? You just want to be entertained and have fun? Okay, that seems fair. Try I Woke Up Dead at the Mall by Judy Sheehan for a read that is sheer enjoyable silliness. It’s all there in the title: Sarah wakes up at the mall. She is dead. And there she’ll stay until she’s sorted out all her unfinished business. Which is kind of awkward considering the key to this is finding out who killed her. This YA novel has the high-concept flair of cable TV and the digestibility of a reality show. Or you could pick up The Merciless by Danielle Vega, which is like The Craft but even weirder, if you can believe it.

If you want to take a break from the world of televisual fantasy and dip into the real world (but not actually talk to anyone, ew), there’s nothing better than immersing yourself in a memoir. Here are a few I love: Sian Prior’s Shy, in which Prior explores the social anxiety she’s experienced throughout her life from a personal and scientific point of view; The Dangerous Bride by Lee Kofman, an account by a woman trying to make an open marriage work; and Maggie Nelson’s The Argonauts, which is, frankly, a life-changing examination of marriage, gender and parenthood.

I can hear some people protesting that if they’re going to read a book instead of watching TV, it’s got to be a really important and impressive book. Just kidding – no one would ever say that out loud. But I can tell some of you are secretly thinking it. No, I’m not judging you at all; I totally get it. I too only read books to look smart and cool. Anyway, this might be a good time to finally read some Virginia Woolf! What about Mrs Dalloway? It’s about a party! Parties are fun. And so is modernism! Celeste Ng’s Everything I Never Told You is a beautifully written novel set in 1970s suburbia, and it follows the implosion of the Lee family after the eldest daughter, Lydia, goes missing. It’s a New York Times bestseller and blah, blah, blah, but it’s really good, I promise.

As for you very visual creatures, who relish TV’s multi-coloured, lushly set-designed splendour, I demand that you immediately go out and read the first volume of Brian Vaughan and Fiona Staples’ graphic novel, Saga. Each character in this space drama seems to come from the most convincing new species you’ve ever seen and is somehow… really attractive? Thanks to its Buffy-like wisecracking and fast-paced intergalactic action, you will be thirsting for the next instalment in no time.

Alright, are we done here? Cool - I’ll just be heading off, then. Dance Moms is on. 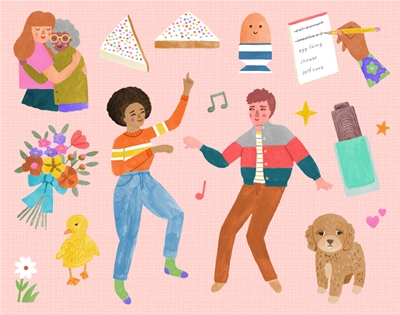 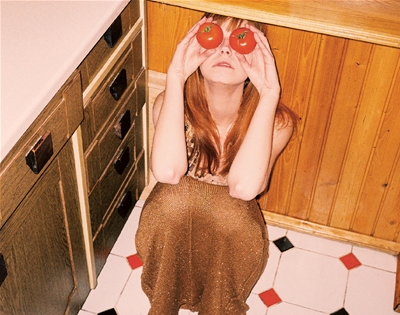 what does my lack of cooking ability mean? 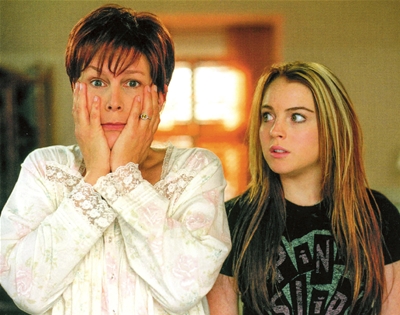 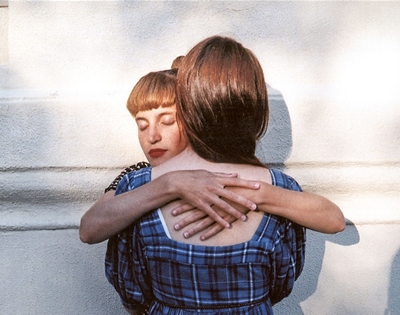