To celebrate Triple R FM’s weird science-themed Radiothon, we gathered together a bunch of flicks about scientists of the awesome variety.

To celebrate Triple R FM's Radiothon (that time of year when Melbourne's raddest independent radio station encourages everyone to subscribe to keep the station alive), we thought we'd share a bunch of movies about awesome scientists with you. This year's Radiothon theme, 'Stay Curious', is dedicated to weird science, after all. Now, over to our resident film nerd, Rowena...

I’m no scientist (probably for the best, really), but I have seen a bunch of movies about them. Sure, movies might be a long way from a laboratory and sure, they’re a little bit fast and loose with the truth, but they let scientists do all kinds of weird and wild things – and in less than two hours to boot.

So, if you want to do your bit for the National Innovation and Science Agenda (I’m not sure how exactly, but let’s go with it), or if you just want to watch scientific rationality get stretched by human imagination and creativity, then sit down and hold on tight – dangerous and strange territory awaits. 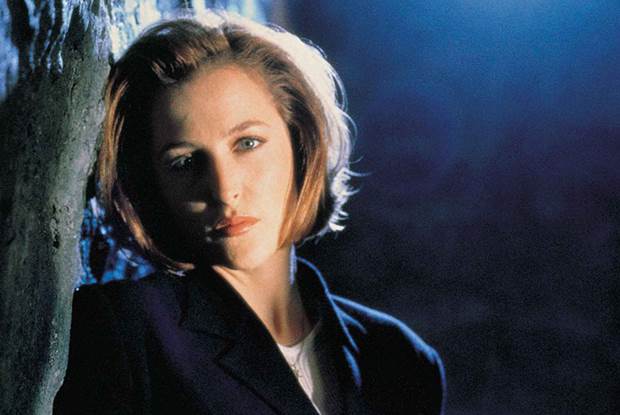 Victor Frankenstein, Frankenstein
Scientific field: Chemistry and quite a bit of the dark arts

In Mary Shelley’s Frankenstein, Victor Frankenstein is a massive cry-baby weenie who panics as soon as his scientific experiments prove successful. In Universal Studios’ 1931 adaptation, Victor has become Henry Frankenstein who relishes his God-like mastery of life and death. Given that Henry created the blueprint for basically all movie mad scientists who followed him, you don’t need a microscope to work out this movie does not end well.

Doc Brown, Back to the Future
Scientific field: Physics

Of all of Doc Brown’s achievements – building a working time machine (it’s all in the flux capacitor, baby), owning a pet dog named Einstein, stealing plutonium from terrorists – I think maybe the most remarkable is that he made the DeLorean cool. Without Back to the Future, John DeLorean’s short-lived, batwinged, bananas sports car might have just been a footnote in a book called Weren’t the ’80s Weird? Thanks to Doc Brown, it’s an icon. Right on.

A palaeontologist, palaeobotanist and a mathematician walk into a dinosaur park. Because they are Sam Neill, Laura Dern and Jeff Goldblum, they all walk out (an IT guy and a lawyer aren’t so lucky). In Jurassic Park we see a variation on what happened in Frankenstein: a scientist tinkers with the forces that control life and death, and Bad Things happen. This time, though, the Bad Things are very angry dinosaurs and not zombies, so that’s an improvement, I suppose.

I am including this movie as a tribute to my very excellent cousin Lissie, who is a real-life geologist and always tells me to watch movies about geologists who save the world. Dante’s Peak is one of them (there are others, which I know is weird, but apparently “geologist who saves the world” is a legit genre). And look, Dante’s Peak is pretty silly, but it’s also a heap of fun: a dormant volcano threatens to erupt all over an idyllic small town and… yep… A GEOLOGIST SAVES THE DAY (but also not really, because the volcano still wins? Anyway, gooo geology!)

I haven’t seen all 9360 hours of The X-Files, but of the maybe 5000 hours I have seen, let me tell you this: Agent Dana Scully is pretty damn great. I honestly don’t know why people think this show is about Mulder: he’s so annoying! He’s always got some weird answer to some pretty normal question! Scully, on the other hand, solves spooky crimes with some hardcore logic, survives being kidnapped by aliens, and also apparently inspired a whole bunch of girls to study science and medicine. Scully rules.

Want to stay curious about science, information and all the other groovy stuff that Triple R brings to the airwaves? Then pop over to their website and subscribe. If you do so between now and Sunday August 26th, aka Radiothon time, you'll go in the running to win stacks upon stacks of cool prizes, including a 10-day adventure for two in Vietnam and a season pass to Meredith and Golden Plains. Yowsers.